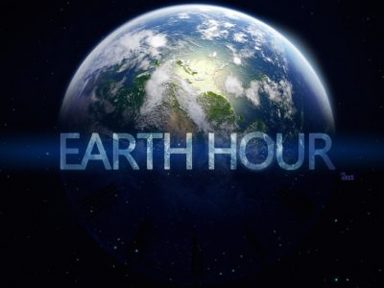 Electricity has become such an enormous part of our lives that it’s become difficult for us to imagine a moment without it. Be honest: can you really imagine life without your cell phone, your TV, or your refrigerator? Can you imagine having to wash all your clothes by hand, starting a fire just to get some warm water, or going to bed when it gets dark because candlelight is not really enough to do anything properly?

You may take electricity for granted, but it wasn’t too long ago that the aforementioned situations were the norm for people all over the world. But everything has a price, and it’s becoming increasingly clear that the price of our lives being made easier is the well-being of the planet. And that’s why movements like Earth Hour were created—to help us all give our planet some thought every now and then.

The History of Earth Hour

In 2004, worried by scientific findings, Australia’s World Wide Fund for Nature met with an advertising agency in Sydney to “discuss ideas for engaging Australians on the issue of climate change”. Together, they coined the idea of a large scale switch off in 2006 and called it “The Big Flick” and decided to make their idea reality.

The mayor of Sydney was quickly convinced of the importance of raising awareness about the amount of electricity being used and how that affected the planet, and the first ever Earth Hour was held on March 31 in Sydney, Australia at 7:30 pm.

Soon, the idea began to spread, with San Francisco being the next major city to run a “Lights Out” program in October 2007.

The event was an enormous success and received lots of positive media coverage, and by 2008, 35 countries in the world were participating on all seven continents. Between 8 and 9 pm, hundreds of cities in these 35 countries turned off their lights.

How to Celebrate Earth Hour

The best way to celebrate Earth Hour is, of course, to participate! You should also remember, however, that Earth Hour is not just about one hour, but about caring about our planet every other hour of every other day of the year, as well!

The thousands upon thousands of Mwh of energy that are saved worldwide during Earth Hour mean nothing if we do not continue to care about the environment afterwards. So think about what you can do on a daily basis to save energy and then do it—even little things like exchanging your regular light bulbs for more power-saving ones can make a huge difference if many people do them at once. Let the one hour that is Earth Hour inspire you to make the world a better place for the remaining 8,760 in the year!

This Saturday night, from 8:30 – 9:30 pm, light a few candles, turn out the lights and spend time with friends and family for this year’s Earth Hour.