Dinosaurs in Grand County – A Story for all Ages 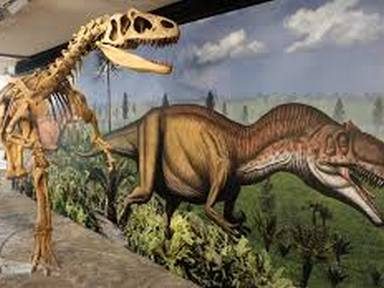 Dinosaurs in Grand County? No way is probably your first thought, but it’s true. Grand County has a long (but often forgotten) history with dinosaurs. Grand County is, after all, ground-zero for Dinosaurs!

Believe it or not, Grand County has its own dinosaur expert, paleontologist John Hankla. John’s primary job is research with the Paleontology team at the Denver’s Museum of Nature and Science. He also finds time to work with a variety of organizations (including movie companies) to accurately tell, and sometimes display, the dinosaur story. Here’s what I learned from John.

Grand County is officially part of “dinosaur ground zero”. That’s because the Morrison Formation, 156 million years old, is named after Morrison, Colorado. The Morrison Formation is a distinct grouping of Jurassic rock centered in Colorado and Wyoming and has been the most fertile source of dinosaur fossils in North America. Today, Morrison Colorado is probably best known as a great place to grab a meal before heading out to Red Rocks for some great music.

It was in the late 1860’s that a Grand County rancher found a different kind of rock near Granby. Being well versed on Grand County’s natural resources, this rancher knew this rock was special. As it happened, Ferdinand Vandeveer Hayden, who had just been hired to do the first geological survey of the Rockies, met this unnamed rancher and was given this odd rock. Because Hayden was also not able to identify this odd rock (originally considered to be a petrified horse hoof) he sent it back east to one of the top paleontologists of the day, Joseph Leidy. Leidy realized that this fossil had never been seen before and identified it as half a tail vertebra.

This fossil eventually led paleontologists to name this dinosaur the ALLOSAURUS, which has a most common meaning of “different lizard”. But the Allosaurus was not ordinary because they were at the top of the food chain. While looking much like the T. Rex, the Allosaurus was smaller than the T. Rex, had longer arms and sometimes hunted as a pack. Just think of the movie Jurassic Park and the scariest dinosaur in it – that’s the Allosaurus.

Because of this “rock” found by a rancher, and who had the curiosity to give it to Hayden, Grand County can proudly proclaim to be the place that the Allosaurus was discovered. Just another reason this area is so special.

Because this discovery is so important in our history, I asked Hankla where the fossil was now located. With a slight smile he said it was at the Smithsonian museum in Washington DC. — somewhere. Following up on the “somewhere” comment Hankla explained that while the Smithsonian had the Grand County Allosaurus fossil, no one quite knew where it was. It’s not on display, which means it must be stored somewhere in the bowels of the Smithsonian.

To find it, and give Grand County its proper recognition, John plans to organize a “search party” and head to DC to find it. After hearing this, all I can see is the final scene of the Indiana Jones movie where the Ark of the Covenant is buried in a massive federal warehouse.

With that image in mind, we should all say “good luck” John with the search! 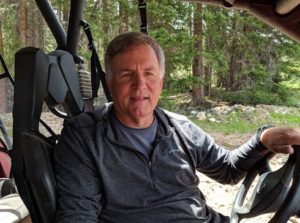 Please send your comments to Bebarwick@gmail.com.