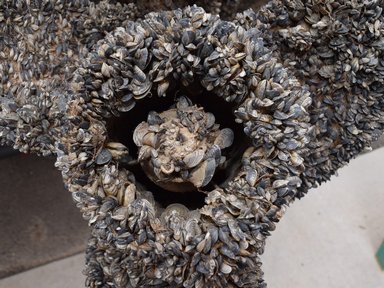 In August 2017, Green Mountain Reservoir, which is owned and operated by the Bureau of Reclamation and whose developed public recreation sites are managed by the White River National Forest, tested positive for the presence of quagga mussel larvae (veligers). No adult mussels were ever found in Green Mountain Reservoir nor have they ever been found in a Colorado water body. Regional standards require three years of subsequent negative testing in order to re-classify the water from Suspect to Negative.

“After three years of negative testing, we are confident that Green Mountain Reservoir is free of invasive mussels and does not pose a risk to other aquatic resources,” said CPW’s Invasive Species Program Manager Robert Walters. “Colorado is the only state to de-list all mussel positive waters. This is a testament to the fact that our mandatory watercraft inspection and decontamination procedures do work to protect Colorado’s waters from invasive species.”

While Colorado is once again completely free of invasive mussels, the threat of zebra or quagga mussels entering Colorado from another infested state is still quite real. Boaters using infested waters must take extra care not to transport mussels across state lines and to comply with Colorado’s mandatory inspection regulations.

“Our staff want to express our gratitude to the boaters who help keep Colorado’s waters safe from harmful invasive species. By participating in Cleaning, Draining, and Drying your watercraft and gear between each and every use, we can continue to prevent the spread of invasive species,” said Walters.

The management plan was originally conceptualized in 2006 and has been collaboratively developed by CPW staff, the Colorado ANS Task Force and by ANS experts and stakeholders across the state.

“The approval of this plan is a significant milestone in ANS program history because it sets a clear path forward on how we can prevent and manage aquatic nuisance species in Colorado,” said Reid DeWalt, CPW’s assistant director for aquatic, terrestrial and natural resources. “Invasive species have the potential to cause significant irreversible environmental impacts. The ANS management plan includes a coordinated prevention plan to keep Colorado’s waters free of ANS and a rapid response strategy that is designed to quickly contain new populations that may establish. This aims to minimize negative impacts on human safety, our wildlife populations and our native ecosystems.”

In an effort to balance outdoor recreation with mindful conservation, Colorado Parks and Wildlife requires boaters to purchase an ANS Stamp when registering a boat in Colorado to help protect state waters. ​The stamp ​provides approximately half of the funding needed to run the ANS Program operations annually, which includes watercraft inspection and decontamination services, monitoring of state waters and management of existing populations.