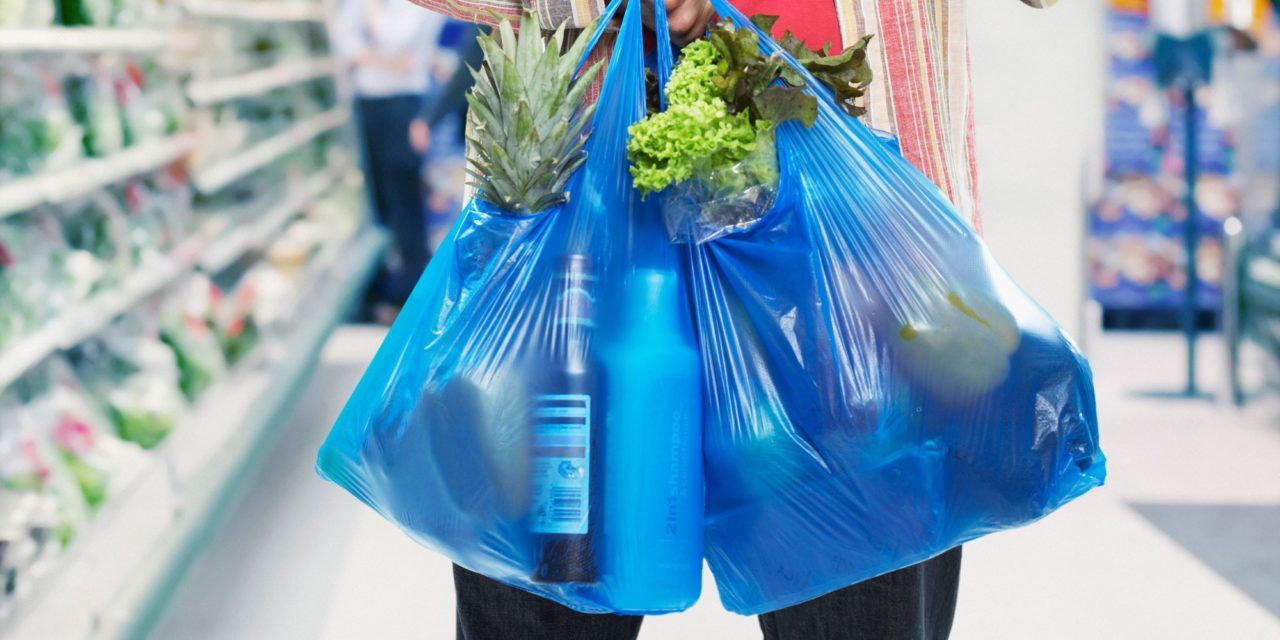 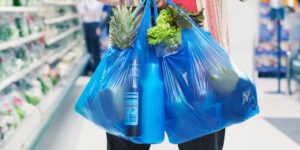 SAVE THE PLANET   –  BAN THE PLASTIC

As I was driving between Winter Park and Fraser last week, I had to slow down to avoid an “urban tumbleweed” in flight across Highway 40. Having once seen a movie where a loose bag blocked a driver’s view and resulted in a horrific crash, I wanted to avoid that scenario at all costs.  It got me thinking about those pesky plastic bags. Like a lot of people I know, I carry a stash of reusable bags in my car and bring them in wherever I am shopping, whether it’s the grocery store or a retailer, I have collected enough to hold most everything I purchase.

This doesn’t help when traveling, though. I traveled to San Diego last spring, and, having forgotten the state of California’s ban on plastic grocery bags (and not having my bag supply with me), paid 20 cents for a very nice, sturdy paper bag with handles.  While there, I remember commenting on how clean everything looked. This had to be, at least partly, due to the ban.

But back to the plastic bags. Our neighbors in the Town of Avon are proposing the adoption of a new ordinance that would enact a ban on certain disposable plastic bags and require a charge of ten cents for the use of disposable paper bags.

The proposed ordinance would prohibit retailers from providing disposable plastic carryout shopping bags to consumers and require retailers to charge a fee of ten cents for the use of disposable paper bags. A phased approach is proposed, with the first phase applying to grocery stores only, and second phase applying to all other retailers.

Some of the elements included in the proposed ordinance are as follows:

The single-use polyethylene bag dates back to 1962, but were widely adopted in America in the early 1980s, when supermarket chains Safeway and Kroger switched from paper to plastic. A move that caused an outcry from consumers at the time, since shoppers who were used to stacking paper bags neatly in the back of their car complained about the slouchy plastic bags.

Gradually, plastic bags became the norm. Over one trillion plastic bags are used every year — or more than one million every minute — with 90 percent of those discarded after one use.

Back in 2007, San Francisco became the first US municipality to ban plastic shopping bags. Since then, over 132 cities and counties in 18 states and the District of Columbia instituted similar measures. At the time, the European Union, China, India and dozens of other nations already had plastic bag bans or taxes in place.

Better late than never! Since plastic isn’t biodegradable, it either ends up in landfills, or, as litter on the landscape, waterways and the ocean. We’ve all heard about the giant island of plastic floating in the Pacific Ocean, and there is no immediate solution to this destructive mass.

Plastic can take hundreds of years to decompose, and, it has also been found to release toxins into the soil and water in the process. The fossil fuel burden related to bag production is significant. Plastic is not only made from petroleum, and, producing it requires a lot of fossil-fuel-derived energy. The fact that Americans throw away some 100 billion plastic grocery bags each year means we are drilling for and importing millions of barrels worth of oil and natural gas for a convenient way to carry home a few groceries.

It’s hard to measure the impact of plastic bag bans, but some initial findings look promising. A plastic bag tax levied in Ireland in 2002 has reportedly led to a 95 percent reduction in plastic bag litter there. And a study by San Jose, California found that a 2011 ban instituted there has led to plastic litter reduction of “approximately 89 percent in the storm drain system, 60 percent in the creeks and rivers, and 59 percent in city streets and neighborhoods.”

But the success of this kind of legislation is something of a mixed bag in and of itself. Detractors say that banning plastic bags simply shifts the issue elsewhere, and that adding a “plastic bag tax” ends up making grocery shopping even more unaffordable for low-income residents. When local officials in the city of Austin, Texas, enacted a 2013 ban to rid the city of lightweight plastic bags, the result was that residents ended up using heavier-grade plastic bags, which are less biodegradable. Turns out that Austin’s residents were buying (and discarding) trash can liners since they were no longer getting plastic bags for free.

In Chicago, an attempt to ban single-use bags from chain stores ended up confusing consumers and businesses alike — as well as the very politicians that implemented the plan. The ban, which took effect in 2015, said stores must replace free single-use plastic bags with reusable plastic bags that are able to “carry at least 22 pounds over a distance of at least 175 feet 125 times.” Further muddling the issue, some retailers  charged for the bags, and some did not. The city ended up repealing the ban and replacing it with a tax.

In Colorado, the towns of Aspen, Boulder, Breckenridge, Carbondale, Crested Butte, Telluride and Vail have instituted bans similar to what Avon is proposing, while the bans in Basalt and Durango were rejected, and, Fort Collins’ repealed.

Plastic products are everywhere. We use them every day in our homes, schools, offices, and during our travels in between places. Our modern world has become so dependent on the convenience of mass-produced, readily available plastic products — like disposable bags, bottles, and cups — that it’s surprising to consider that the world was once plastic-free.

In just a single generation (roughly from 1940 to the present), our overwhelming reliance on plastics has created environmental problems such as crowded landfills, groundwater contamination, and ocean debris that future generations will still be cleaning up.

Reuseable bags make sense; is it time for Grand County to explore banning the plastic bag?

Send your comments or ideas to: submit@winterparktimes.com

In The United States

Sources: International Fund for Animal Welfare, the Environmental Protection Agency and other agencies or persons as cited.