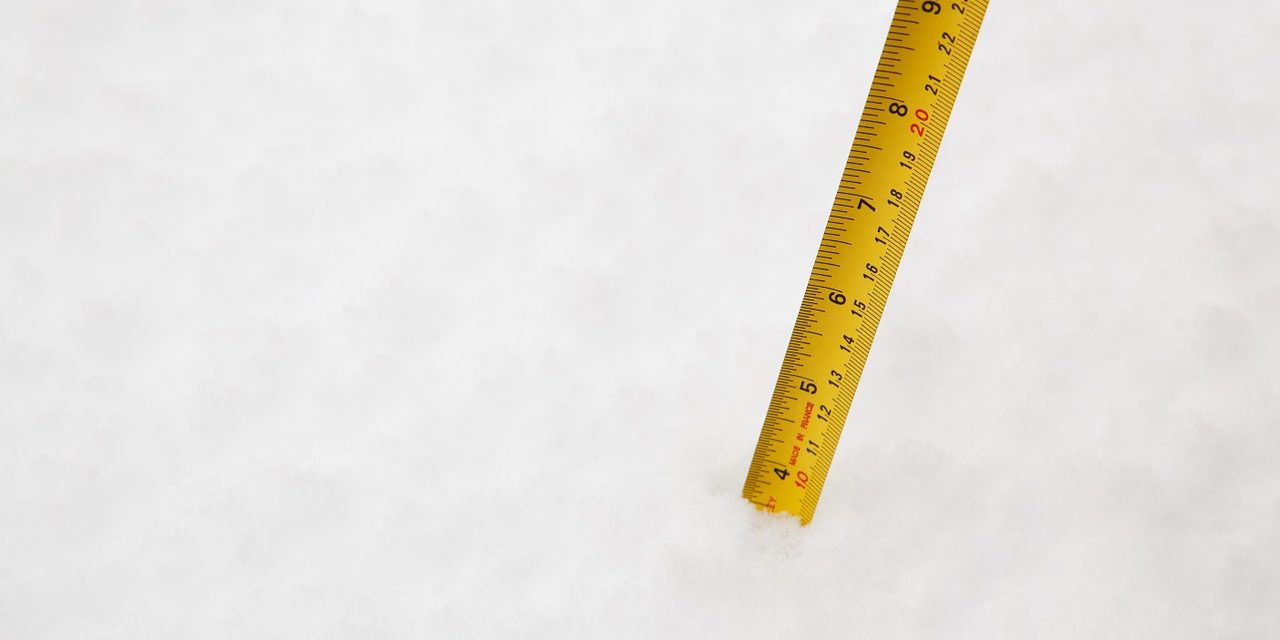 While the northern and central Colorado high country has experienced its first near-normal early season in a couple of years, the southern mountains are still facing drought conditions and below average snowpack.

January 2nd, 2018 we still had open water on Lake Granby due in part to record high temperatures in the region well into December.

Currently, snowpack levels across some parts of the state are near or above average and forecasts predict wetter and warmer conditions for the next 10 days according to National Oceanic and Atmospheric Administration most recent predictions.

The storm that provided a dusting early this week dropped more than 10 inches of snow in Durango, 24 inches at Chimney Rock National Monument, 18 inches in Pagosa Springs, and nearly three feet of snow at Wolf Creek Ski Area. Other ski areas in the region also saw impressive snow totals including 22 inches at Purgatory Resort and 11 inches at Silverton Mountain.

The southwest quadrant of Colorado along with the larger Four Corners region including Arizona, New Mexico and Utah has been experiencing exceptional drought (the most intense drought category) since early last year. 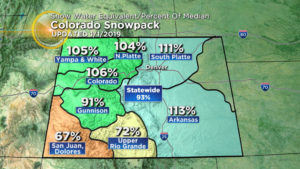 Peter Goble, a climatologist at the Colorado Climate Center based out of Colorado State University, says “If we have an average year, we’ll muscle through it,” adding “If we have a couple average years, we can probably claw our way, at least a good amount, out of this drought. What we’re really wanting to see is one of those epic Colorado snow years.”

By “epic”, Goble means snowpack that is well above 100 percent. A couple of average snow years is more likely than an epic one. It would be more prudent to think about how we can manage our way out of this deficit.

The river basins in southwestern Colorado have been experiencing below normal snowpack for quite some time. If the Rockies have something resembling an average winter, there could be a solid recovery in much of the state. That recovery, which will come with the 2019 spring runoff, could help refill badly-depleted reservoirs around the state. However, significant snow this year doesn’t mean reservoirs will be refilled, particularly in the southern part of the state. It will take a couple of decent winters to refill Blue Mesa Reservoir near Gunnison.

Last winter, a large high pressure system set up over the southwestern U.S. and into the Pacific Ocean. That system pushed storms to the north. The resulting storms grazed northern Colorado, while leaving the rest of the state barren.

It’s not a predictable cycle,” Goble said. “It’s certainly not a perfect circle, but being in an arid and highly variable region we do know that at any point drought is just around the corner somewhere in Colorado.”

This year the storm track out of the Pacific is coming more directly into Colorado, and more storms are developing. That’s being helped by a weak El Nino pattern of warmer-than-average water temperatures developing in the Pacific. Those patterns generally favor southwest Colorado but can bring decent snow to the Northern and Central Rockies.

Here’s to an “Epic” spring.