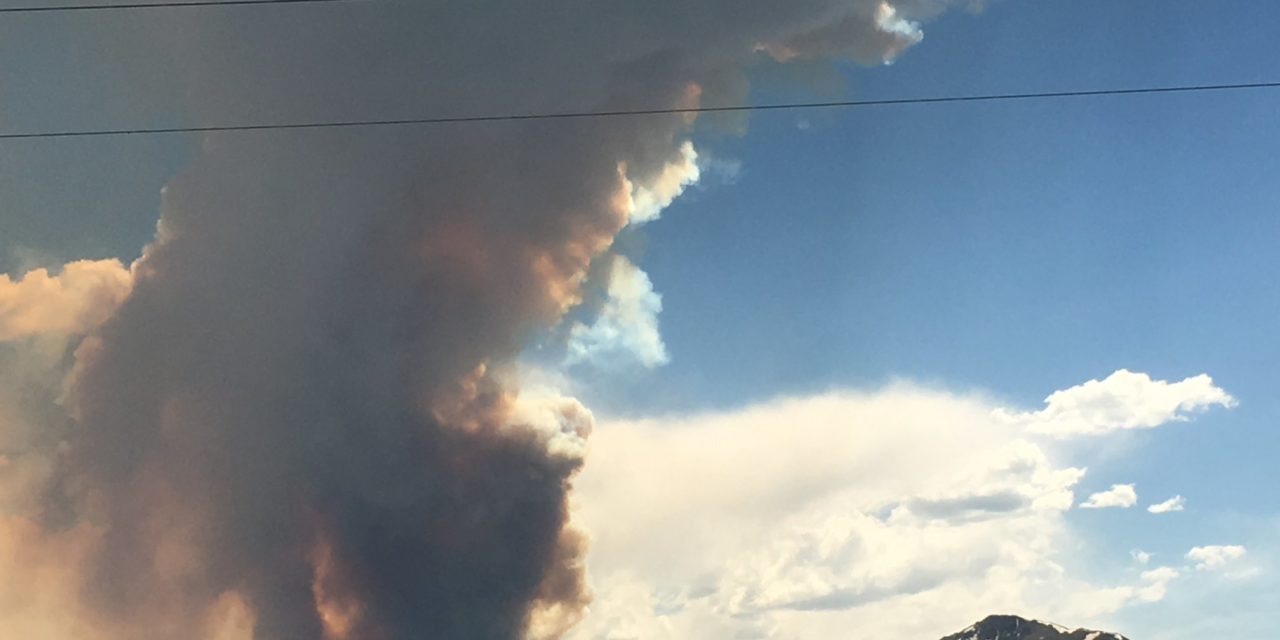 (CodeRED Message from Grand County, CO) All residents along County Road 48, E to HWY 34 and N into the park are required to evacuate. Gather your essential belongs and vacate your home gcemergency.com  The Grand Lake Center at 301 Marina Drive is a designated evacuation center for residents displaced by the fire.

The fire, located northwest of  the town of Grand Lake, broke out this afternoon and had grown to about 15 acres by 5:30 pm. Evacuations were ordered when the fire was determined to threaten homes in the areas close to the Grand Lake Golf Course and Columbine Lake, impacting between 300-500 homes.

Residents are requested to monitor gcemergency.com  for continued updates and not to call 911 at this time while they work the incidents.

5:58 pm: From Grand County Office of Emergency Management: At this time, homes SOUTH of County Road 48 are not under pre-evacuation as the fire is pretty contained on that side. Crews are still working hard to get this under control and it looks like mother nature may give us a little assistance with some rain. However, that WILL create even more smoke, so heads up!

On Thursday morning, smoke and flames were reported to be visible from the Sugarloaf Campground, south east of the Henderson Mill. It was confirmed that a lightning strike occurred here around 6 pm Wednesday night. The USFS was notified and they called in a helicopter and crew from Ft Collins. Crews made a landing zone for the helicopter and then Command was turned over to the USFS. All local fire units were cleared until further notice.

By afternoon, the fire had grown to approximately 40 acres and  were visible across the county and surrounding areas. The USFS remains on scene, monitoring the fire. Drivers are asked to avoid Grand County Road 3 to allow emergency vehicles space to fight this fire. Please don’t call Grand County Dispatch with questions. They are extremely busy with emergency traffic for other incidents, including the fire in the Grand Lake area.

Stage 1 Fire Restrictions have been enacted in Grand County – be careful with any open flame, and be Wildfire Ready.