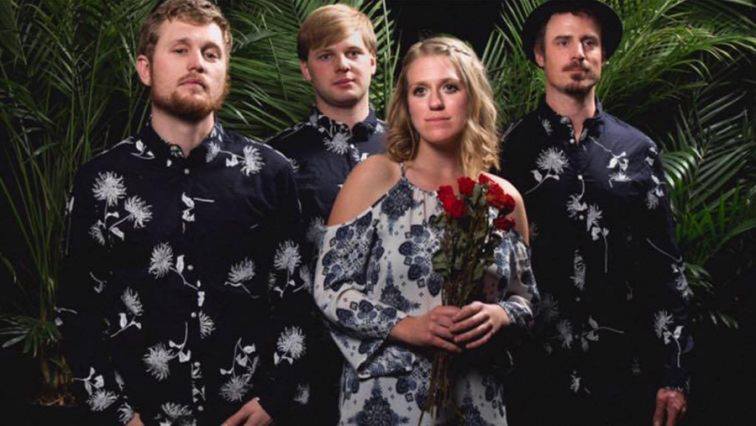 Get ready to dance the night away on Friday night, December 28th, when the Winter Park Pub welcomes Thunder and Rain at 8 pm.

A 4-piece acoustic americana band from Golden, Thunder and Rain is revolutionizing country music through dynamic songwriting and powerful vocals. Consisting of acoustic guitar, mandolin, dobro, and upright bass, Thunder and Rain seamlessly blends their favorite elements of bluegrass, country, pop and alt-rock to cultivate their own take on the American roots music traditions. Driven by the catchy choruses and dreamy melodies sung by Erinn Peet-Lukes, the band perfectly supports her heartfelt songwriting with strong country grooves, lush harmonies and rich instrumental decoration. The band is driven by the desire to create music that pulses with authentic emotion and a vintage sound.

Peet-Lukes formed the band in the fall of 2013 after moving to Colorado from Brooklyn, NY. Since then, she has added the classical talents of Ian Haegele (Upright Bass), the smooth sounds of Chris Herbst (Dobro/Lap Steel) and the crisp chop from Dylan McCarthy (mandolin).

Thunder and Rain has played for audiences in Canada and Ireland, as well as across the US. Their meaningful lyrics and soaring choruses have connected with fans both young and old. They are now touring on the heels of their second full length album, “Start Believing”. Notable past achievements include being 2014 Rockygrass Band Competition finalists, #1 Westword’s Best Bluegrass bands of 2016, and Erinn Peet-Lukes being a 2018 Kerrville New Folk Songwriting Competition finalist.