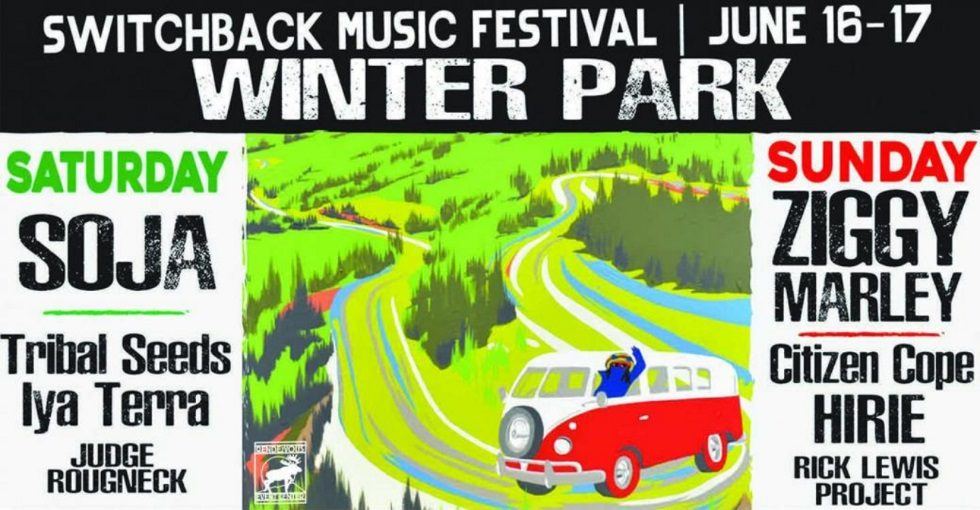 This weekend’s Switchback Festival features two days packed with entertainment by both world class artists and up and coming favorites. Saturday’s show includes music from Judge Roughneck, Iya Terra, Tribal Seeds and SOJA, and, on Sunday, the Rick Lewis Project, HIRIE, Citizen Cope and Ziggy Marley round out the weekend’s powerhouse line-up. Tickets available at altitudetickets.com 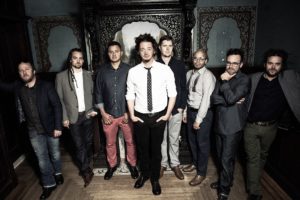 “I want to speak for people who don’t have microphones,” Jacob Hemphill says. “Our goal as a band is to stick up for the human race. We see the world and we try to make it better in the limited time we have here.”

This is the philosophy behind SOJA’s music, a simple statement that has driven the D.C. area band, who blend reggae, go-go, D.C. hardcore, Latin, rock and hip-hop. Originally formed by a group of friends while still in middle school and has built a massive, dedicated fanbase around the world since. The band has toured with Dave Matthews Band, Incubus, 311 and appeared at major festivals including Bonnaroo where they attract an almost Grateful Dead-like international fan base along the way, with caravans of diehards following them from city to city.

For Hemphill, who pens the lyrics, chords and melody, each song starts with an experience: meeting someone, reading something, experiencing something that seems pertinent to the human condition. We’ve been conditioned to accumulate, compete and break others down around ourselves — not inherent to the human condition, but rather taught. Those things can be untaught. The real us is in there, somewhere.” All of this is translated into short, sweet packages of music.

For SOJA, whose live show is an explosion of energy and positivity, music is a means of helping people relate in a more affirmative way. It also asks people to look inside themselves and really ask what it is they want to do with their life and how they can be happy. SOJA’s music is about finding that happiness and peace we all deserve and helping others do the same, something “Amid the Noise and Haste” aptly conveys in its songs. 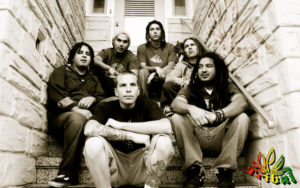 Tribal Seeds’ unmatched musical talent and authentic sound has brought them to the forefront of the reggae rock genre, as their art form has reached people of all ages across the United States, and worldwide. 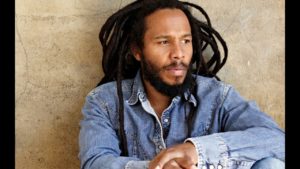 Ziggy Marley’s life story is filled with changes and transitions. In fact, change has been the one constant in his life. From his earliest days, raised in Trench Town, Jamaica, to the present, he has been guided by his keen awareness and driving compassion. These qualities are the earmarks of his work and his journey.

The eldest Marley son is not one to let any moss grow under his feet. Ziggy released his first solo album “Dragonfly” in 2003 which featured Flea and John Frusciante of Red Hot Chilli Peppers on the track “Rainbow in the Sky” and reached number three in Billboard’s top reggae albums. His second release “Love Is My Religion” in 2006 through his father’s label Tuff Gong Worldwide continued the success of his previous album and earned him another Grammy in 2007 for Best Reggae Album. It was the title track which saw Ziggy reach unprecedented heights as he blossomed into a worldwide star with his music the hitting airwaves.

Continuing his father’s namesake, Ziggy has continued building on the Marley legacy divulging into children’s author, philanthropist and musician.