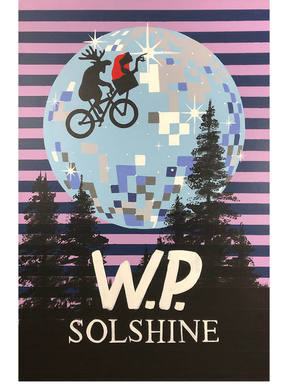 This Saturday evening, August 17th, the Winter Park & Fraser Chamber of Commerce hosts the only night show of their summer concert series at the Rendezvous Event Center. The SolShine Music Festival will light up Hideaway Park with opener Rick Lewis Project followed by indie bands Blind Pilot and headliner, Band of Horses. Tickets are available at playwinterpark.com. 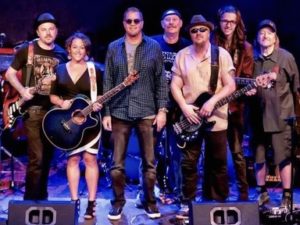 The Rick Lewis Project was formed in early 2015 by drummer and radio personality Rick Lewis 103.5 The Fox. Formerly known as The Groove Hawgs, Lewis has assembled a talented group of all-stars including vocalist, Sarah Snead-Hornbuckle, Brian Hornbuckle on bass, Joe Sellers on keys, Michael Hornbuckle, Dave Preston and Cody Templeman on guitar, Kenny Hoffman on percussion and Rick Lewis on drums. No strangers to the Winter Park stage, they’re always a rockin’ favorite. 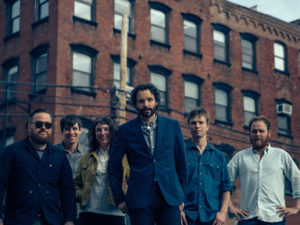 Blind Pilot, was formed in Portland, Oregon in 2007 when songwriter Israel Neberker and co-founding member Ryan Dobrowski went on a west coast tour via bicycle. Twelve years later, Blind Pilot has released three studio albums, 3 Rounds And A Sound (2008), We Are The Tide (2011) and And Then Like Lions (2016) and has sold out concerts throughout the U.S., Europe, and the UK since its inception. The band has performed on Ellen and The Late Show With David Letterman as well as Newport Folk Festival, Bonnaroo, and Lollapalooza among others.

Beginning with their first LP, the RIAA gold-certified “Everything All The Time”, Band of Horses have positioned themselves as a mainstay for more than a decade with 5 studio albums in total, including Grammy-nominated “Infinite Arms”, “Mirage Rock” produced by the legendary Glyn Johns, and most recently, “Why Are You Ok” executive-produced by the illustrious Rick Rubin. Formed and led by singer and songwriter Ben Bridwell, the South Carolina-based band has given us a multitude of much-loved singles, including “The Funeral” and “No One’s Gonna Love You”, and have played globe-spanning headline tours as well as shows with greats like Pearl Jam and Neil Young.

The Rendezvous Event Center gates open Saturday afternoon at 4 pm and the show starts at 5 pm. For tickets, visit playwinterpark.com.