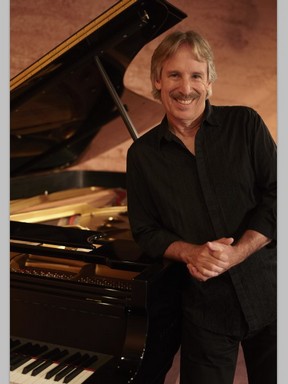 John Nilsen began studying classical piano at age six and guitar at fourteen. An accomplished pianist, guitarist, songwriter, lyricist and vocalist, Nilsen was chosen to be a Deering Banjo Artist in 2016.

“His music is so alive that it seeps into you and awakens your mind and spirit. Both John and his music are really fun – you’ll be glad that you attended his concert”, said local mandolin player, John Simmons. Simmons has known Nilsen since they attended college together at Southern Oregon University.

Nilsen has performed across Europe, Asia and the US and has over 250 compositions and musical arrangements receiving BMI royalties worldwide. Nilsen’s newest release, Local Ocean, was released in January, 2017.

Nilsen splits his performances between touring nationally as an in-demand pianist with national presence, performing with the John Nilsen Trio, featuring Jeff Leonard/bass and Jason Moore/percussion, and, with his guitar/ vocal rock band, John Nilsen & SWIMFISH, featuring Dave Captein, Mike Snyder, Bob Logue and Don Woodward. He also gives back by teaching songwriting residencies and speaking to students in schools throughout the country.