Music at the Creek is good, mmM’Kay? 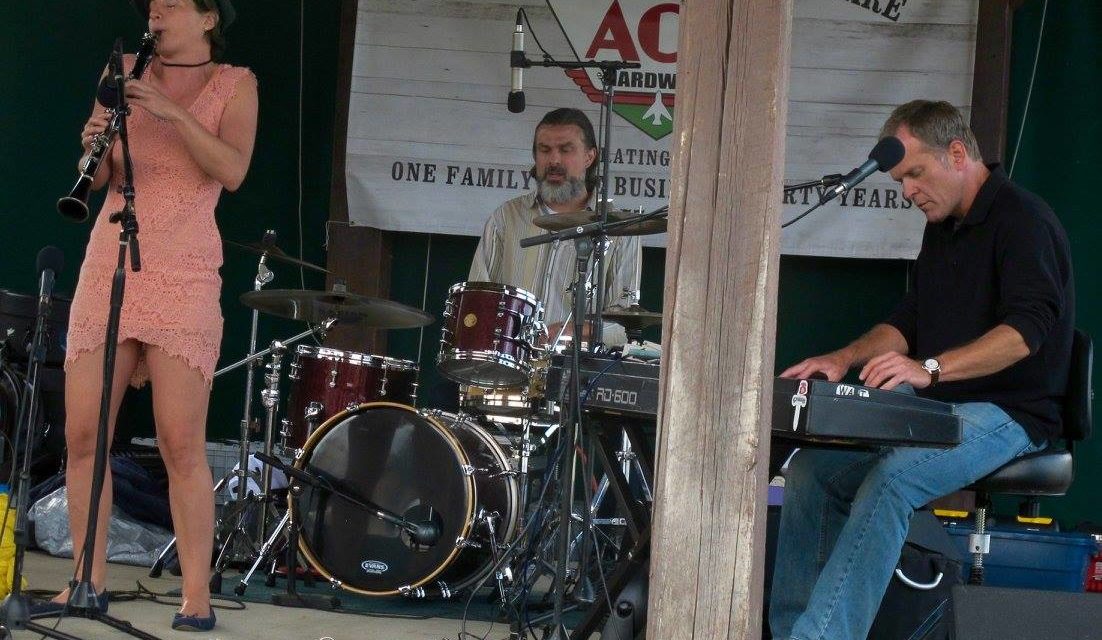 The keys to success for many watering holes up here is good music, and the Crooked Creek Saloon in Fraser has been hosting some really good talents lately (they also have a new host-team for their open-mic Thursdays — but we’ll get to Mike Utley and Cody Porche later).

Band Black Market III had the monsters and ghouls mashing it out on the dance floor for Halloween at “the Creek,” and that’s about half a dozen times they’ve rocked out the venue this year. Scotty “Mad Dog” Blinn (vocals, guitar), Roxy Coverdale (vocals, bass), and Gavin Glenn (drums) will be back again, and are worth the listen.

Another highlight of this season’s stage lineup shines on master keyboardist and singer / songwriter William “Bill” McKay of Westminster, Colo. for a day-after-Thanksgiving show (Friday, Nov. 24).

Give thanks you can work off some of those calories dancing! Classical piano since age six turned into a paid gig singing with an Episcopalian choir, playing rock clubs by age 16, to stints with big names to include the Derek Trucks band (thanks to a reference from Col. Bruce Hampton) for five years, and jamgrass festival band Leftover Salmon for a decade.

McKay came out to Colorado right after high school graduation in New York, to see the Grateful Dead play Telluride and Red Rocks, and to visit a sister who attended Denver University. Afterward, he went to Colorado College in Colorado Springs, studying choreography, world music (including East Indian Raga, African, and Native American) and political science. “I feel that I incorporate all this into my approach to playing, as a journey to capture the universal joy of music,” he said.

His musical resume includes The Circle, Band du Jour (which shared the stage with The Aquarium Rescue Unit, Blues Traveler, The Samples, Phish, and Big Head Todd, and played at the Crooked Creek Saloon back in the ‘90s), and the Fox Street Allstars.

McKay has written several songs, including material for Coral Creek’s self-titled 2015 album and a blues tune called “Waterfall Heart” for an album they’re working on. Both albums are produced by Tim Carbone of Railroad Earth (the first reached No. 3 on the Relix/Jambands.com radio chart).

McKay said his musical teacher saw that he got bored with his classical piano lessons and encouraged him to bring in what he liked (he liked to sing the harmony parts to the Beatles’ “Sgt. Pepper’s” album, and “Déjà vu” by Crosby Stills and Nash). “Once she showed me that I could play that kind of music it was a revelation,” he said. “After that, there was no turning back.”

He makes the music work in just about any setting, and likes pushing genre boundaries. “When I sit down and apply myself, it’s usually an amalgamation of boogie woogie, blues and jazz, but I also love playing folk songs and ballads,” he told the Westword. His most recent solo piano album is called “Old Neighborhood”.

Channing Lynn Griggs of girl band Sassafras joins him for the show. Lynn spices things up with some sass on banjo, clarinet, saxophone, and more, and especially in her vocals.

Their musical paths joined in the Virgin Islands and if you caught their performance during this summer’s Tuesday in the (Fraser) Park, folks are in for a treat Nov. 24. “My friend Andy Straus connected us with the park gig this past summer and I loved it,” McKay said. “Great community energy, and I hope to do it again!”

The two hope to record in Colorado this winter, and are collaborating on some original music. For Friday’s show, McKay said, they’ll pull out some swing jazz standards, Channing originals, and folk-jazz takes on some classics like Pink Floyd, John Lennon and more. Show starts at 8:30 p.m. No cover.