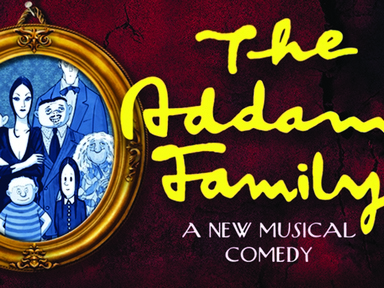 The Addams Family features an original story, and it’s every father’s nightmare. Wednesday Addams(played by Maddi Ruttenberg), the ultimate princess of darkness, has grown up and fallen in love with a sweet, smart young man from a respectable family – a man her parents have never met. And if that weren’t upsetting enough, Wednesday confides in her father and begs him not to tell her mother. Now, Gomez Addams (played by Henry Kacik) must do something he’s never done before – keep a secret from his beloved wife, Morticia,(played by Kiana Ledin). Everything will change for the whole family on the fateful night they host a dinner for Wednesday’s ‘normal’ boyfriend and his parents.

Christal McDougall, Theatre Director, Middle Park High School said, “This was a student suggestion, and I thought it would be a great fit for our group. It’s a funny show with plenty of gags for the students to play with.”

McDougall said, The cast is great! I think everyone is going to enjoy this years performances.” The two leads are Kiana Ledin (MPHS ’19) and Henry Kacik (’20), who play Mortician and Gomez Addams. They are supported my Maddi Ruttenberg as Wednesday, Cate Kauber as Pugsley,  Cesar Arreguin (’21) as Uncle Fester, Emma Lane (’21) as Grandma, and AJ Knorr (’21) – on stilts – as Lurch. The Beinekes – the “normal” family they welcome to their home for a crazy dinner – are played by Aidan Carver (’20) as Mal, Kayla Davis (’20) as Alice, and Matt Tenney (’21) as their son Lucas. The ensemble is made up of the Addams Family Ancestors who come up from the crypt to celebrate above-ground for one night.

“In addition to playing the lead role, Henry Kacik has done the set design and construction as well as doing lighting design.” sadi McDougall. Matthew DeCicco is our technical director and is in charge of sound engineering. Olivia Hall has been our lead painter.

McDougall said the music is fun and provides a good mix of upbeat songs along with some more winsome numbers that muse on the challenges of having your children grow up. “The kids have been working hard to pull this one together. It should be fun.”

Christal McDougall wanted to thank everyone that supports the theatre program.  “We have so many people and businesses in the community that have supported this show.  Our show sponsors ($500 donors) include Sharky’s, Winter Park Dental, Alpine Lumber, Rocky Mountain Repertory Theatre, Mountain parks Electric, and Lucy & Bill Mueller.”