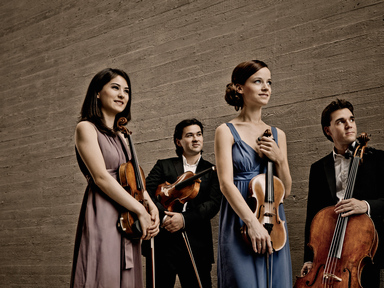 Since being nominated for the “Rising Stars” award by the European Concert Hall Organization in 2008/09, the Minetti Quartett, comprising Austrian musicians all living in Vienna, has performed many times in renowned venues in Vienna, Berlin, Cologne, Amsterdam, Barcelona, Stockholm, Brussels, London and other locations. Invitations to chamber music festivals have taken the quartet to North, Central and South America, Australia, Japan and China. Many of their concerts have been recorded and broadcast by international radio stations. The debut album, with string quartets by Joseph Haydn, was released in 2009 with the Hänssler classic label followed by CDs with string quartets by Mendelssohn (2012), Beethoven (2014) and Schubert (2018).

Don’t miss this special event this Friday, March 22nd at Church of the Eternal Hills in Tabernash. The show begins at 7 pm. For information, visit grandconcerts.org.