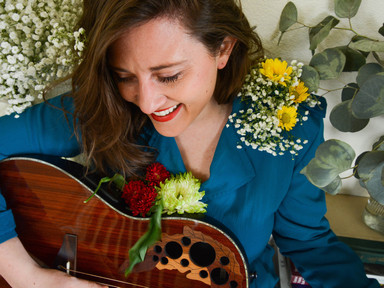 Tonight, the air will be filled with original folk melodies in Fraser.  Don’t miss two awesome solo performers coming together in the Fraser Historic Church for one great show! 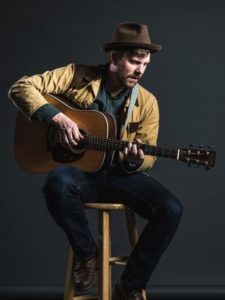 David Burchfield learned to perform during summers of nightly campfire shows for 50 or more people, so far back in the mountains that lanterns were the light source and the well was where the water came from. No wonder he plays his guitar like a cannon and belts out lyrics like he’s unplugged even when he isn’t.  Taking cues from Josh Ritter and Joe Pug, Burchfield’s literate lyrics meet emotive grace in nods to Gillian Welch, Mandolin Orange, and David Ramirez. There is a powerful candor in Burchfield’s writing – raw, emotive, and rich with details that bring the listener right into the scene of his passion.

David is going to be joined by Alexa Wildish’s whose deep love for folk music, classically-trained voice, and awe-struck way of perceiving the world merged to become her inaugural and soul-driven progressive folk band by the name of Wildish. After producing two E.P’s and one Single, Alexa’s musical evolution led her to Boulder, Colorado where a series of life’s circumstances prompted profound personal and musical growth. In her new material, under her full name, one can sense the evolvement of feminine power that drives her mesmerizing vocals, direct lyrics, and her raw musical exploration on mandolin, octave mandolin and both acoustic and electric guitar. Her voice has been compared to the folk and soul sounds of Joni Mitchell, Eva Cassidy, and Laura Marling.

The doors open at 6pm and the show starts at 7pm.  Don’t miss this one.