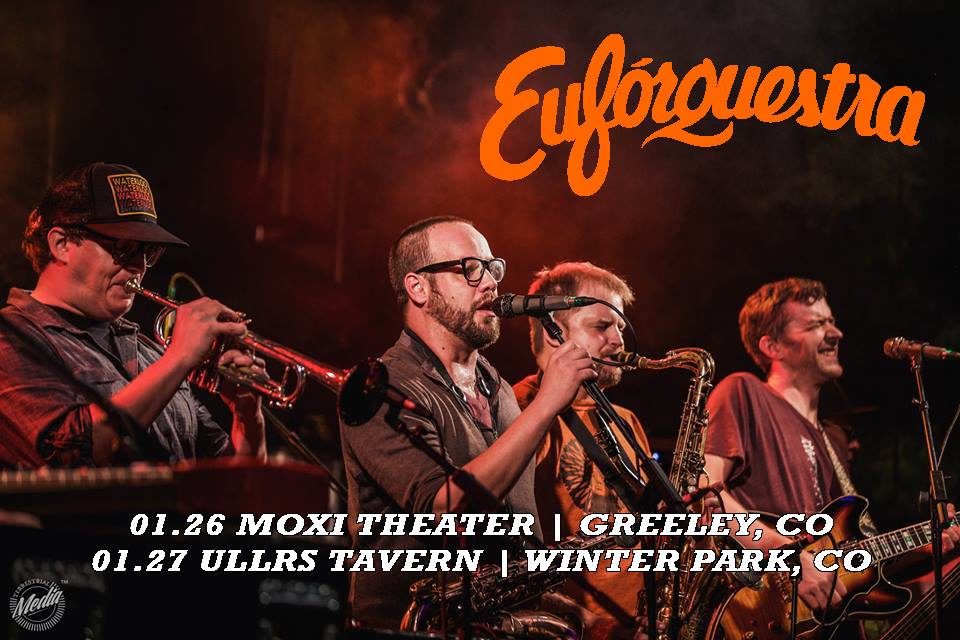 Eufórquestra (pronounced yoo-FOHR-keh-struh, think euphoria+orchestra) is energy and rhythm personified. An ever-evolving sound that has been influenced by music from all over the world with an emphasis on funk, pocket and groove. For over a decade, the band has been igniting dance floors across the country, blending the roots of funk, soul, afrobeat, reggae and dub.