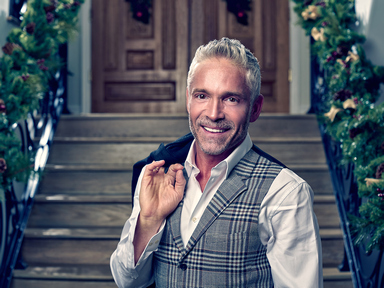 In a career that spans more than three decades, saxophonist Dave Koz has racked up an impressive array of honors and achievements:  9 GRAMMY® nominations, 9 No. 1 albums on Billboard’s Current Contemporary Jazz Albums chart, numerous world tours, playing for multiple presidents, a Star on the Hollywood Walk of Fame and more.

A platinum- selling artist, Koz is also known as a humanitarian, entrepreneur, radio host, instrumental music advocate and restaurateur. Dave said I am passionate, committed and engaged in all business ventures adding “I like to stay busy.”

Born and raised in Los Angeles’ San Fernando Valley, Koz initially saw the saxophone as a way to gain entry into his big brother’s band. What began as a ploy became a lifelong obsession. After graduating from UCLA with a degree in mass communications, Koz decided to become a professional musician. Within weeks of that decision, he was recruited as a touring member of singer Bobby Caldwell’s (“What You Won’t Do For Love”) band. It was during this time that Koz befriended keyboardist Jeff Lorber, who invited Koz to play on one of his tours.  That started Dave Koz on a musical journey that has had plenty of highs and very few lows.

“Always front and center is the music. It’s humbling, this many years in such a fickle business, to still have a career, still be able to go out and tour and make records,” he says. “Music has been such a blessing to me, and we need it more than ever today.”

Koz is constantly touring, with annual summer and holiday tours. The Summer Horns II tour includes 26 dates with a stop in Winter Park this weekend.

Dave said, “Winter Park is a special place, all the musicians loving coming here. Colorado is such a beautiful state. It has a great vibe and we feel at home. ”

“This tour is a fun-filled show with classic songs you know and love. The Winter Park crowd is always ready to party.”  Koz said, “Some festivals are hit or miss but every time we play Winter Park the crowd sets a tone the helps bring the music to life.”  Koz added this is a high energy show and “we are excited to bring to the Winter Park stage.”

Koz released one of the most exciting recordings of his long career ahead of this tour. Five years after recording their initial tribute to the great horn sections of soul, jazz and pop, Dave Koz and Friends’ Summer Horns II From A To Z reprises the all-star, crowd-pleasing format of that smash hit outing. The album features Koz on soprano, alto, tenor and baritone saxes—along with alto saxophonist Gerald Albright, tenor saxophonist Richard Elliot, Rick Braun (trumpet) and Aubrey Logan (trombone and vocals), plus guest vocalists Jonathan Butler, Kenny Lattimore and Sheléa—putting their own spin on classics by Stevie Wonder, Paul Simon, Michael Jackson, Natalie Cole, Earth, Wind & Fire and more. Plus a guest spot from Gloria Estefan on an inspired recreation of her classic “Conga.”

Summer Horns II From A To Z takes the original concept further by changing up the lineup and tossing in some unexpected surprises, including a medley that miraculously blends a Duke Ellington swing classic with a more contemporary hit by hip-hop star Jay-Z. The album includes arrangements by Greg Adams (Tower of Power), Tom Scott (Michael Jackson, Steely Dan) and Gordon Goodwin.

“We looked at this as a completely new project because it was different personnel,” says Koz. “We said, if we want to do another version of Summer Horns, we can absolutely change the concept and get a little more adventurous-the music deserves it.”

Pre-production took over a month and the players recorded the project in about three months.  Koz said, “After pre production meetings we had 200 songs on the list. We had some lively discussions because every song on the list deserved a spot. Somehow we managed to get the list down to 12 songs.”

Since the beginning of his career, Dave Koz has been all about shaking things up, dodging expectations and traditions. “The music business has changed so much over the years,” Koz says. “There’s really nothing holding you back from doing whatever you want to do.”

Then of course there is the Dave Koz Friends at Sea Cruise. “We had two back-to-back sailings last year for our Venice and Beyond cruise,” he says. “This year we have sold-out back-to-back cruises for Scandinavia and the Baltic, and next year we’ve already sold out back-to-back for two weeks in Australia.” Koz said the Cruise events are great. You get on a boat and everyone has a chance to mingle.  “Everyone shares the love of music.” And some great music happens. “You build on it day by day. Music is such a positive influence on people.” Koz said you hang out enjoy life, food, and music. You really get to know people. “I love the cruises it is like floating backstage for a week.”

But wait, as they say in the late-night commercials, there’s more! Koz also co-owns a restaurant in Los Angeles called Citizen. “It’s been around for the last couple of years and it’s co-owned by the same people who own Spaghettini, which is a very famous grill and jazz club in Seal Beach, in Southern California,” he says.

And…not one, but two radio programs: The Dave Koz Radio Show, on the air uninterrupted for close to 25 years and The Dave Koz Lounge which can be heard on SiriusXM.

“I love hospitality and giving to people,” Koz says. “As a cruise host and when you’re coming to see a show or on the radio, it’s all about an inviting environment for people to come hang out in. That’s the same whether it’s on the radio or in a concert, on a cruise or at a restaurant. I’ve also done a lot of work with the Starlight Children’s Foundation, which is my family’s favorite charity, which helps kids who are hospitalized for long periods of time and their families. We’ve also made a wine for close to 10 years called Koz Wine that raises money specifically for Starlight and with our silent auctions that we do on the cruises every year, through the generosity of our fans, we’ve raised well over a half a million dollars for Starlight.”

If that all sounds like the work of ten people rather than one, it’s just business as usual for Dave Koz. Since his emergence as a young rising star in the ’80s, he’s always looked to try new things, both in his music and in his other pursuits.

Prefer the road or the studio  …road