Country at the Park this weekend 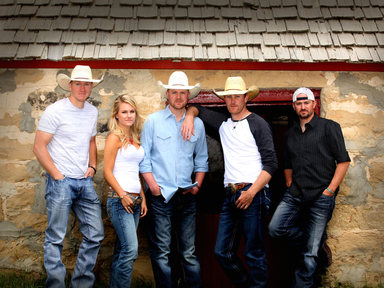 More country on tap this weekend with Dustin Lynch headlining Saturday on the Rendezvous Event Center stage but an act that should catch your attention is Chancey Williams. I caught up with Chancey for an interview this week ahead of the show.

Chancey Williams grew up in Moorcroft, Wyoming, population 1009, a small town located in Northeastern Wyoming on the banks of the Belle Fourche River where the highway crossed the “Old Texas Trail”.

Growing up on a ranch in the Cowboy State (Wyoming), Williams learned the cowboy way of life from his father. Like his dad, Williams found himself a successful bronc rider, winning the National High School Rodeo Finals, the College National Finals and a couple rounds at Cheyenne Frontier Days.

In high school he formed a band with a group of guys that were considered younger brothers of a close knit group of friends and someone suggested they call themselves Chancey Williams and the Younger Brothers, it stuck.

Saddle bronc rider turned country singer-songwriter, Chancey Williams went from competing on horseback to performing on center stage at major rodeos. The only artist besides Chris LeDoux to both ride and perform on stage at the world’s largest outdoor rodeo, known as “The Daddy of ‘Em All,” Cheyenne Frontier Days, Williams is the next authentic cowboy of country music.

“I still miss rodeoing. It’s always in your mind but I love music, too.” said Williams “I couldn’t do both and to be successful I had to make a choice so I gave up the competitive lifestyle.”

The band has been working together for over 10 years and have opened for their heroes (Chris LeDoux, Merle Haggard, Alabama, Dwight Yoakam), as well as several current mainstream country acts (Lady Antebellum, Miranda Lambert, Eric Church). The group stays busy on the road covering around 100-125 dates a year. Williams said, “I think we have found the right amount for us. Trying to cover 200 dates was a bit much.”

Chancey is heading back to Nashville in the next couple of weeks to cut tracks for their new album set to come out late fall or early winter. “I think the new album has some great music on it.”  The band put out 6 songs this past winter and are ready to finish the project. “I am really excited about the new 6, we singled 3 from the first group of tracks.” Adding, “We have some great ballads and rockers.” Williams band prefers a southern rock influence rather than the snap track pop styles that are found  in some mainstream country.

Williams said the band will perform some new music, some familiar favorites that put them on the top of the charts and a couple of covers that the crowd always enjoys. “We are looking forward to coming up to Winter Park, it is a beautiful area and we put together a great show that I hope everyone will enjoy.”

Gates open at noon. Show starts at 1:00 pm Saturday, August 31st in Hideaway Park. Tickets are on sale at playwinterpark.com