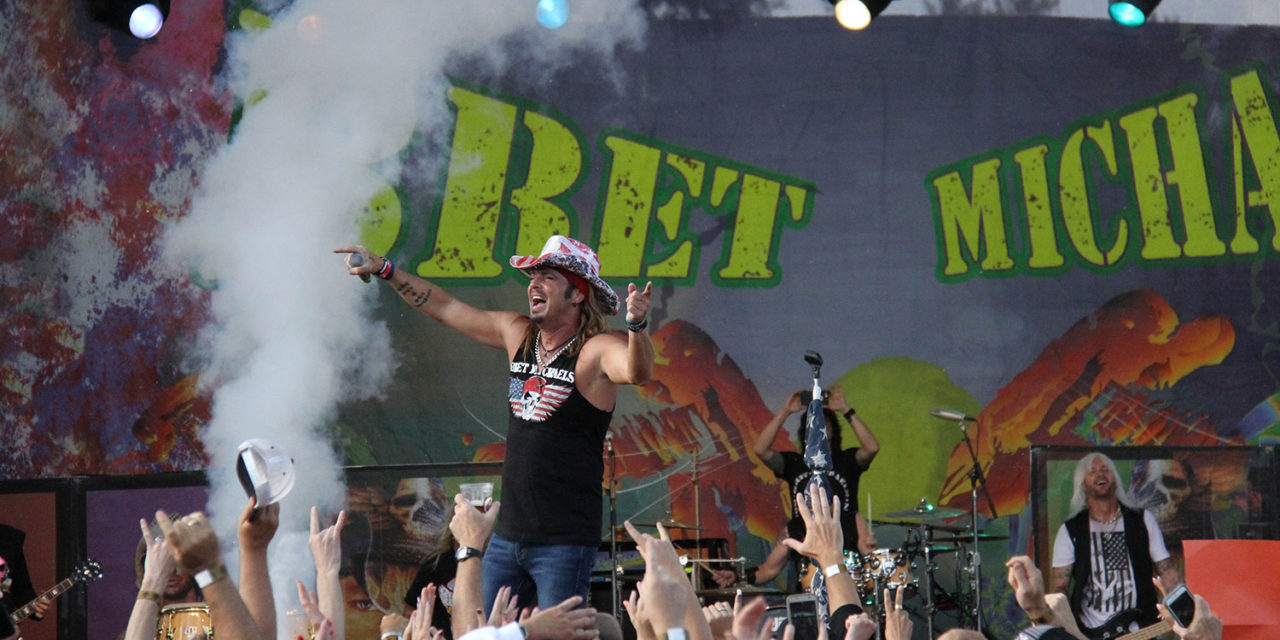 Last weekend’s Winter Park Music Festival, was a collection of old and new rockers filling the Hideaway Park venue and the show headliner Bret Michaels of Poison put together a crowd pleasing set of classics to closeout a summer of great music on the new stage.

One of the highlights of Bret Michaels shows are the live auction of apparel worn by Bret during the performance. The Winter Park Show raised over $2,000 for the Life Rocks Foundation, started by Michaels in 2011.

The Foundation benefits a myriad of charitable causes from childhood cancer to diabetes to military support and pet charities.

A life-long diabetic, Michaels has served as a role model and inspiration for fans young and old who also suffer from diabetes. He has shown time and again that he will not let diabetes control him – he is in control of his life. He leads, and has always led, an active life from sports to travel and his nearly 30 year career in music.g

Over the last several years, Bret Michaels and the Life Rocks Foundation has sent many diabetic kids to camps to help them learn how to manage their diabetes as well as show them that there are other kids just like them.

Michaels comes from a family of military men and women, always pausing during each and every show to honor the troops past, present and future. Supporting causes such as Wounded Warriors and the USO for events over the years is just one of the ways he continues to honor the military and their families.

In the past few years, childhood cancer has touched Michaels through the stories of children he has met in his travels. Cancer is hard enough for adults, but for parents of children with cancer, the pain is unbearable. Donating time and money to help children and their families, Michaels continues to raise awareness for all cancer patients and their families.

An animal lover, Michaels has recently launched a line of pet products with PetSmart – the Bret Michaels Pets Rock Collection. On his own, and, in conjunction with PetSmart Charities, he is raising awareness and support for rescues, pet adoptions and other animal charities.

For more information about all the various causes and charitable events that Bret Michaels has participated in and that have benefit from the Life Rocks Foundation fundraising, visit these official sites: Bret Michaels  and  Team Bret Michaels