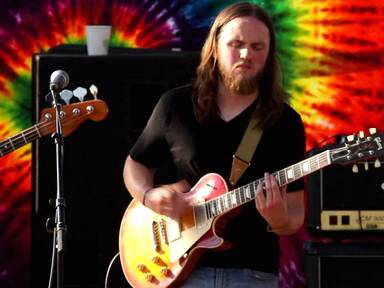 The Grand Country Blues Society (GCBS) was created to enhance the cultural existence of Grand County residents and to be a beacon for friends and visitors that love escaping to the shadow of the Continental Divide. The organization has produced 17 annual Blues Festivals and over 300 individual blues concerts, and has provided educational the students of Grand County with musical experiences through their Blues In The School program.

The group has done all of this and much more with an all-volunteer board, and a very loyal and generous membership. The locally based society relies on membership fees to support the many programs that they offer in Grand County and beyond. Blues In The Schools, Check Out The Music, & Blue Star Connection are just part of their outreach and it is time for their annual membership drive.

Member benefits at certain levels include free tickets to the annual Blues From The Top festival and free admission and other perks at sponsored blues shows throughout the year in Grand County.  For the kickoff of this year’s drive the GCBS is bringing the Taylor Scott Band and special guests to ULLR’s Saturday night February 8th. Doors open at 7 and the show starts at 7:30pm.

The Taylor Scott Band transcends musical genres by joyously embracing a raft of them. Funk, Soul, Rock and R&B all come together in this Denver-based band’s repertoire, and never more so than on his new album release, All We Have produced by Steve Berlin (Los Lobos).

Onstage, the road-tested Taylor Scott Band simply  kills it night after night. Good luck trying to sit down or stay still.  In addition to touring and recording with his own band, Scott has recorded and toured the US, Canada and Europe with blues legend Otis Taylor and in 2015 played alongside the likes of Warren Haynes (Allman Brothers, Gov’t Mule) on Otis Taylor’s critically acclaimed release, “Hey Joe Opus: Red Meat.”

The show tomorrow night is going to be a very special event you don’t want to miss. For more information about membership in the Grand County Blues Society, visit grandblues.org/membership.