Long-time Grand County resident, William “Bill” Hamilton, has a new book out entitled: The Wit and Wisdom of William Hamilton: The Sage of Sheepdog Hill. Hamilton. Because he lives full-time on Lake Granby’s south shore on the side of a terminal moraine left long ago by a receding Ice Age, and because Dr. Hamilton is a sheepdog fancier, he named the moraine: Sheepdog Hill.

During a 35-year writing career, Dr. Hamilton has written almost 2,000 “Central View” newspaper columns and other articles, which share his extensive experience in the military, government and high mountain living. Warren Miller, iconic figure in ski-movie film-making, said of this new book, “Aviator, master parachutist, avid skier, linguist, highly-decorated soldier, Bill Hamilton lives a life of high adventure about which he writes with wit and wisdom.” 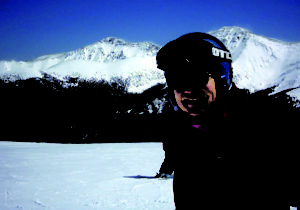 In addition to two Infantry combat tours with the famed 1st Air Cav Division in Vietnam, Hamilton earned many military awards in his stellar Army career. He is in the

From 4:00 p.m. to 6:00 p.m. on Friday, November 17, 2017, a Meet The Author event will be held at Rocky Mountain Interiors at 247 East Agate. “Central View” readers are encouraged to stop by and enjoy refreshments. Autographed copies of The Wit and Wisdom of William Hamilton are available for purchase now at Rocky Mountain Interiors Picture Framing shop in the little white house in historic downtown Granby. Call Lauren at (970) 531-0367.