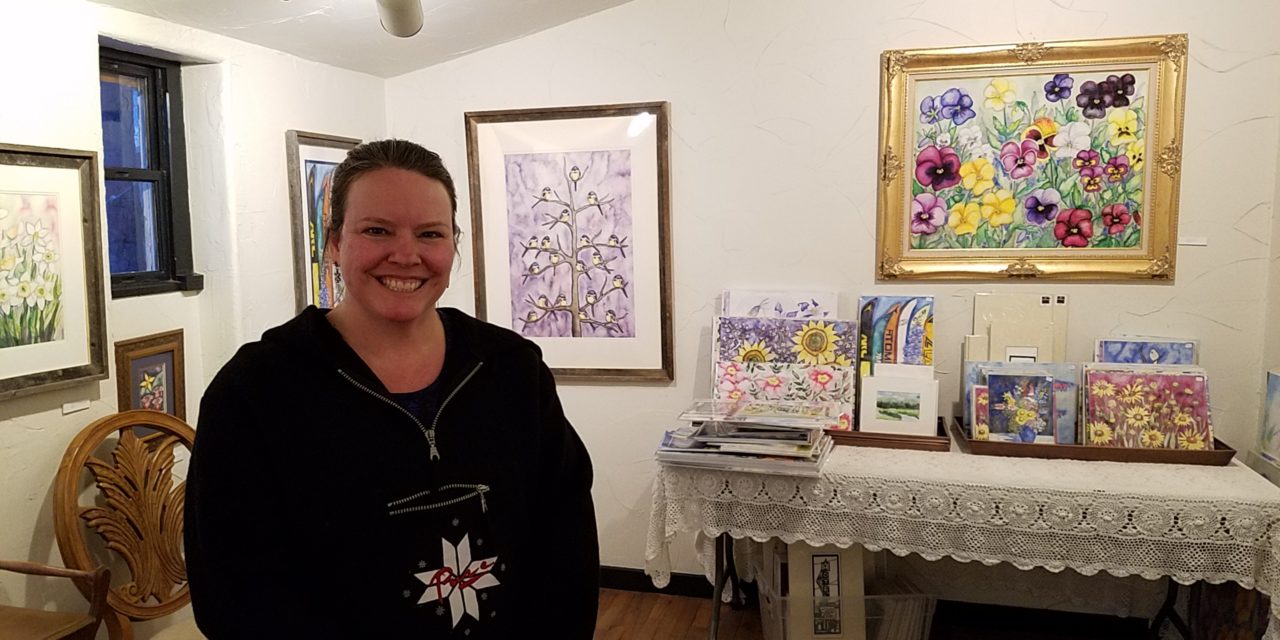 It takes a lot of heart, not to mention dedication and sacrifice, for an artist to follow their dream and make art a career. Elizabeth Kurtak is celebrating 20 years in the art business this year and is hosting an Anniversary Show at the Elizabeth Kurtak Art Gallery in Fraser this Wednesday, December 12th.

Elizabeth began her art career just after graduation from Western State College (now Western Colorado University) in 1998. She received a Bachelor of Fine Arts in Printmaking and moved home to Grand County to figure out what to do next.  “I wanted to work in a fancy gallery in New York, or San Diego. My dad had a heart attack, and I stuck around to help. I made a bunch of art that I had wanted to make, but didn’t have time for in school, and it just kept going from there.”

Kurtak joined April Hilton’s artist’s coop in Winter Park, which gave her a place to show her art and also make it. “I started showing in Denver, and organizing local shows for myself and other artists, entering competitions, and just following the path.” 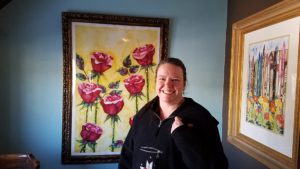 When a perfect space opened up in Cooper Creek Square, Kurtak opened her first gallery storefront in 2000.  “I painted my brains out for four years”, she jokes. She still has one of her first full-size originals, “Red Roses”, created in 2001, hanging in her dining room. Elizabeth’s signature use of vivid color is evident in her earlier works, but she also showed me some amazing black and white paintings she’d done while still in college. Kurtak plans to have some of her earlier artwork on display at Wednesday’s show.

Kurtak moved her studio and gallery to the third floor of her husband’s home, the Fraser Mercantile. The historic property has been in Petersen’s family since 1973. “I made some good work up there and people kept buying stuff, so the business stayed active. I started making gardens at my new home, working on that, and, cleaning for CMC, because I thought that part of my life might be over.”

In 2006, Kurtak opened her gallery, located on the north side of the Mercantile. It was a little room off the back that needed a lot of work, but had its own entrance so it could have it’s own signage and sovereignty. The gallery has since expanded into a second room, and received a major remodel last year. 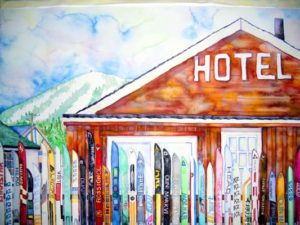 “People have been so generous, and supportive, including my family, my husband and other sweet souls in the art community. I would have made art, I’m sure, but I never thought this would be my life. It’s because of the amazing Grand County community, and people staying interested in my art and life. I do think my best work is still ahead of me.”

Elizabeth Kurtak’s 20th Anniversary Show takes place this Wednesday, December 12th, from 6-9 pm at her gallery, located at 201 Eisenhower in Fraser, with catering provided by Tabernash Tavern. Stop by and congratulate Elizabeth on 20 years and support a local treasure.

To view a collection of works visit www.ElizabethKurtak.com