From one small town to another 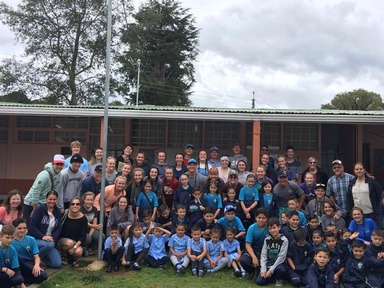 Somewhere between Fraser, Colorado and the stretching curve of Central America lies Trinidad de Dota, Costa Rica. Many of the students from the Middle Park High School Spanish Department couldn’t tell you the exact geography of the small town, but they knew for certain the community they entered when traveling there was alive with some of the happiest people they had ever seen.

A total of 35 teenagers voyaged to Trinidad de Dota when traveling to Costa Rica on their annual school trip. Here, the indigenous peoples are called ‘ticos’, and according to attendee Rachel Trotter, they “are the happiest people you will ever meet”.

For many, traveling to Costa Rica was embarking into the unknown, as this was their first time leaving this country’s borders. Trinidad de Dota welcomed them all. 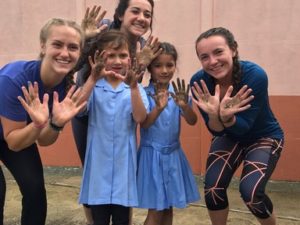 In particular, the ‘ticos’ embraced these American teenagers: “They are always smiling, and they are willing to talk to you. They want you to see what it is like to live a more simplistic life. They want you to feel their gratitude, and they want to share their happiness with you”, said Trotter. To any students nervous of leaving their home for a foreign country – any student hesitant of the different food, culture, or language – the ‘ticos’ welcomed them, with open arms and stretching smiles.

While staying in Trinidad de Dota, the students participated in a home stay. Groups of two-to-four students lived with families of the town for two nights and three days. Some students noted that the language barrier was evident, but never held them back from communication. Taylor Ehlert recounted, “On the entire trip we all improved in our speaking and listening, and I think a huge part of that was being thrown into a ‘tico’ family right away and trying to have conversations. The families were all super welcoming and understanding of our caring speaking levels”. Smiles and laughter, it was proven, are universally understood. 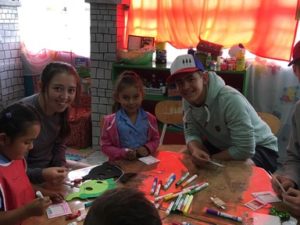 The students also volunteered at the local school in this Costa Rican town. They worked with kids in grades ranging from Kindergarten to 5th Grade, participating in creative activities such as art projects. One local student noted of working with the children, “those kids — they are all so happy”.

Another student told of the ‘ticos’ that would walk down the local streets, smiling with each step. “The ‘ticos’ are so thankful for all they are given, even though they don’t have a lot” said Trotter. She furthermore described that the impactful beauty of this town was due not only to the breathtaking scenery of Trinidad de Dota, but also to the happiness that seemed to flow like oxygen through the air there.

For many, Costa Rica was initially just a place on the map, much farther south, but still in the same time zone as Grand County. Now, for the Middle Park students, Costa Rica represents the children whose hands they got to hold while creating art beside them; it is the home-cooked meals during the home stay that were so divergent from anything they had ever had, yet delicious just the same; it is the memories with classmates who have walked the halls beside them for years, yet whose faces now have traveled beside them. 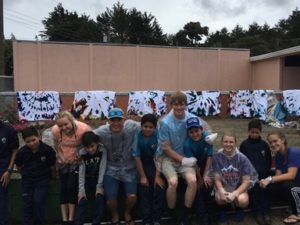