Protect and find a cure. Stop the greed. 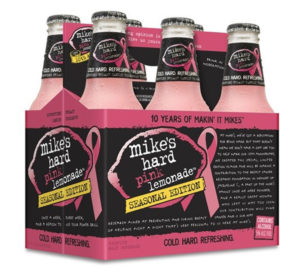 It’s October! You know what that means — candy shelves overstuffed with fun sized candy bars, sweaters, boots, tights and scarves in department store commercials — and everywhere you turn, pink crap for sale under the guise that buying it means that you’re promoting Awareness for breast cancer. Thing is, not only is most of that crap doing nothing to actually cure breast cancer, it’s attempting to translate cancer guilt into profits, sometimes in incredibly silly, unhelpful ways. Sometimes the very products hawking pink crap are actually selling products that cause cancer!

The “Big Pink” business of breast cancer is appalling and if you look at some of the organizations representing the cause you quickly realize that capitalizing on human compassion can be sickening. Some $ 7 billion a year is committed to breast cancer research and awareness campaigns. Is it any wonder that the disease has become a gold mine for pink profiteers and old-fashioned hucksters?

Everyone wants a piece of the pink action. Jump on pintrest and you can find a mile long list of big businesses cashing in on breast cancer: Fried Chicken, Junk food, Barbie dolls and even power tools are jumping on the pink ribbon bandwagon. Many never put a dime towards research and have no intention of helping find a cure for the most profitable disease of all time.

Though the NFL has, shall we say, a complicated history with women, its embrace of breast cancer awareness is perhaps only fitting. After all, in the nearly 20 years since the pink ribbon became the official symbol of the cause — Estée Lauder cosmetics counters handed out 1.5 million of them in 1992 as part of the first-ever nationwide awareness campaign to leverage the pink ribbon — breast cancer has become the NFL of diseases, glutted with corporate sponsorships, merchandise deals, and ad campaigns. This is true year-round, but especially in October, when breast cancer marketing reaches a frothy pink frenzy. This month, an awareness-minded consumer can buy almost any knickknack or household item in pink — from lint brushes and shoelaces to earbuds and Snuggies. If she happens to be in an American Airlines Admirals Club, she can snack on pink cookies while drinking pink champagne. If instead she finds herself at one of the nation’s 500 Jersey Mike’s Subs franchises, for about $7 she can order the “pink ribbon combo,” consisting of a sandwich, chips, and soda served in a limited-edition pink plastic cup (because nothing says “cancer awareness” like chips and soda).

Breast Cancer Action has been at the forefront of calling out the deluge of pink crap for nearly two decades. BCAction was founded in 1990 by a handful of women who were living with and dying from breast cancer and who demanded answers about their disease. Today, BCAction is a national grassroots organization with members across the country challenging the status quo and working to address and end the breast cancer epidemic.The organization’s Think Before You Pink campaign serves to highlight some of the more flagrant offenses.

The organization coined the phrase “pinkwashing,” a term used to describe companies that sell products that actually cause breast cancer in the name of raising money to, uh, fight breast cancer. The organization’s executive director Karuna Jaggar reports that while this year, it seems like consumers are finally getting wise to what she calls “Big Pink,” but that doesn’t mean that attempts to take advantage of people’s good intentions through pink marketing has abated.

The Month of October is reserved for the Pink Ribbon.  Awareness is certainly important but a cure is and should always be the goal.

THINK BEFORE YOU PINK

Not all pink ribbons benefit breast cancer. Before you buy a product anything to support “the fight against breast cancer”, ask these key questions:

How much money from the purchase actually goes toward breast cancer programs and services?

Can you tell? If the company selling the merchandise says “a portion of proceeds”, find out how much exactly. (The packaging or label ought to make this explicit.) Also, is there a cap on how much the company will donate to charity in total? Some companies will give a set donation, regardless of your purchase.

Where is the money going?

What organization will get the money? If you can’t tell or you don’t know what the organization does, reconsider your purchase.

What types of programs are being supported?

If research, what kind? If services, are they reading the people who need them most? Be wary of programs supporting “breast cancer awareness” — what exactly does that mean? How are they making consumers aware?

Is the product itself not contributing to the breast cancer epidemic?

In 2010, Susan G. Komen for the Cure controversially partnered with KFC on a “Buckets for the Cure” campaign, which promptly inspired howls from breast cancer advocates who argued that fatty foods like fried chicken actually raise your risk for breast cancer. 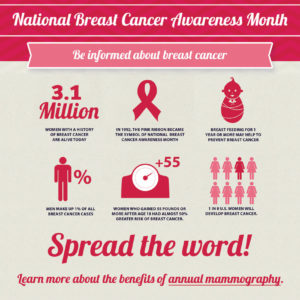 We give with the best intentions.  WHERE SHOULD YOU GIVE?

These well-regarded breast cancer organizations spend most of their funds on research and treatment:

Crucial questions to ask before donating to a breast cancer charity, courtesy of the American Institute of Philanthropy:

1. How forthcoming is this charity?

Never give to a charity you don’t know anything about. If you can’t find an annual report or tax return on the charity’s website, ask to see one before donating. Think twice about giving to a charity that drags its feet on such a basic request. You have a right to know how much the organization is raising and spending — and how it does that.

2. Where is the money going, exactly?

Find out how much of your donation goes to overhead — administrative and fundraising costs — versus actual programs and services. The American Institute of Philanthropy recommends that at least 60 percent of charitable donations go to actual services. (That means that the bulk of your dollars go to, say, research or underwriting mammographies versus, say, paying salaries and marketing costs for an event.) “Most highly efficient charities are able to spend 75 percent or more on programs,” according to the AIP. Note: Be especially wary of charities that list “public education” as a service — the oblique term is often used to disguise telemarketing expenses. If the charity rep says it sponsors educational programs, pin him on specifics.

3. How clear is the charity about its long and short term goals?

Be skeptical of breast cancer charities whose mission statement includes “awareness”. What exactly does that mean? How does it plan to make people more aware? At what point will it have satisfied its mission?

4. Am I being pressured to donate?

Do not give a dime to charities that use guilt, harassment or other aggressive tactics to solicit a donation. And you’re under no obligation to donate, even if the charity has sent you stamps, cards or other ‘gifts’ designed to sway you. It’s also OK to ask for more information about the charity in writing. If the charity balks, don’t give, period.

5. Don’t be fooled by impressive or familiar names of charities.

It’s astonishingly easy to set up a charity and name it whatever you’d like. Some dubious charities specifically use names that sound like larger, more reputable organizations to confuse donors. Check out whether the charity has ever received complaints with your local Better Business Bureau (www.bbb.org) and review the latest financial reports the charity has available at Guidestar.org.

6. Is the person soliciting a donation from you a volunteer or a professional fundraiser (ie. a telemarketer)?

You have a right to ask and a right to know. Keep in mind that telemarketers, while perfectly legal, are rather expensive. Which means less of your donation goes to the cause.