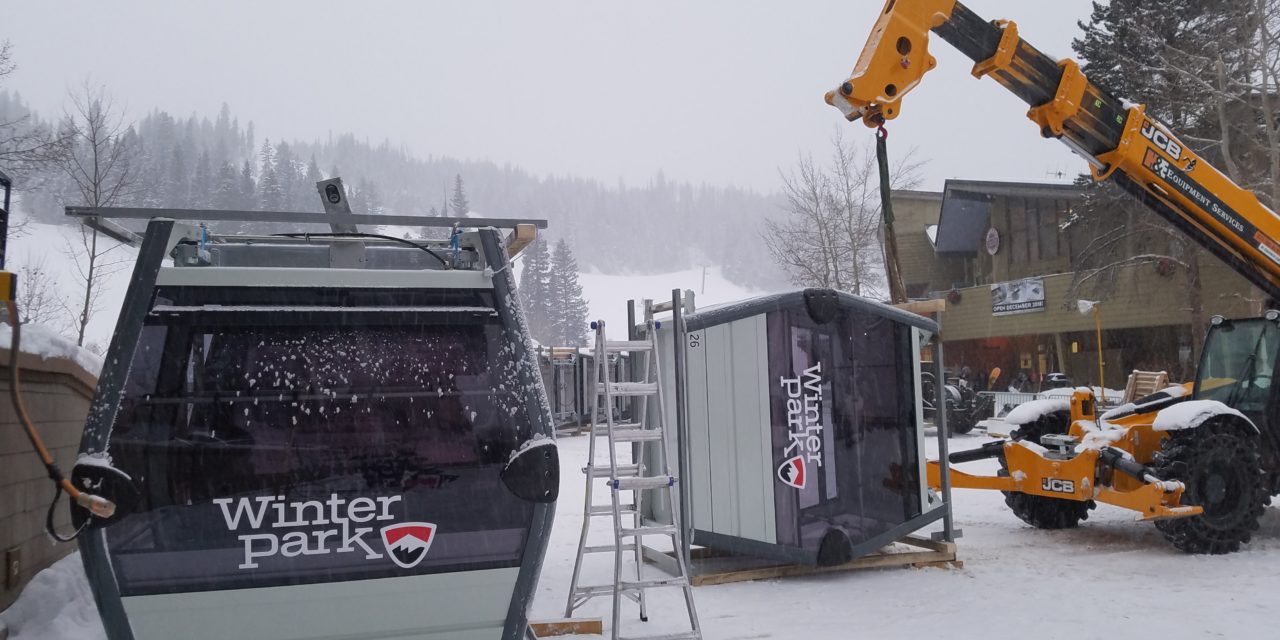 The major capital project at Winter Park was the removal and replacement of the 28 year old, Zephyr Lift.  The company has replaced that lift with a $16 million Leitner-Poma gondola featuring cutting-edge energy saving direct drive system, making it environmentally sound as well as highly efficient. Steve Hurlbert, Director of Public Relations and Communications said, “The new 10-person gondola will greatly enhance our uphill capacity.” The crews have worked hard since April and are a few days away from haul rope splicing, load tests and final inspections. “It’s really an exciting time for everyone.”  The Gondola, as it has been officially named, is Winter Park’s first on-mountain lift installation since the Panoramic Express was added in 2007 and will increase uphill capacity from 2,600 to 3,600 guests per hour, decreasing wait times by 15 minutes during peak season, according to Hurlbert.

Sunspot will be serving dinners Thursdays, Fridays, and Saturdays as soon as The Gondola is open and Hurlbert added, “What’s really cool is we’re starting up a new Sunspot après on Wednesdays-Sundays” On the weekends beginning January 2nd, you can ride The Gondola for free at 3pm. Sunspot will host a special Happy Hour from 3-5pm at the Provisioner with Live Music, Food and Drink specials.

Barring any last minute setbacks, The Gondola should be ready to go before the holiday rush but Hurlbert wanted to make it clear, “We’ve had a lot of cold snowy days and it is day to day at this point as crews work long hours to complete the project in time for the holiday rush.”  Hurlbert added, “This year will be our 40th Christmas Eve torchlight parade, an annual tradition for many families and we expect the jewel of our lift system to be in full swing for the big event.”