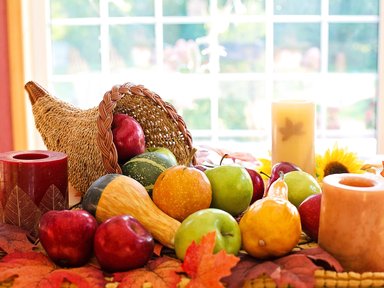 We all know the story of the first Thanksgiving. Held on a fall day so long ago in 1621, the colonists celebrated their first harvest with the Wampanoag native american tribe in Plymouth, MA.

While referenced historically since, it wasn’t until 1863 that President Abraham Lincoln declared Thanksgiving an official holiday. Largely at the behest of writer Sarah Josepha Hale, who had petitioned the president to set aside a national day of thanks, the holiday would be observed every fourth Thursday in November.

Hale, who also edited a popular women’s magazine, Godey’s Lady’s Book, presented a series of articles in her magazine, featuring descriptions of food and recipes now considered ‘typical’ of Thanksgiving, such as roasted turkeys, savory stuffing, and pumpkin pies, helping shape the Thanksgiving tradition as we know it today.

Thanksgiving may be one of the biggest holidays of the year, but traditional dinners today look much different from the first feast in 1621. Holiday staples like mashed potatoes, sweet potatoes  and cranberry sauce were likely not present at the first Thanksgiving where they instead dined on waterfowl, venison, ham, lobster, clams, berries, pumpkin and squash.

It was not until the late 1800s that potatoes were introduced to the US by Irish and Scottish immigrants. After that, the traditional Thanksgiving dinner began to transform into the feast we know today.

“Thanksgiving is one of my favorite days of the year because it reminds us to give thanks and to count our blessings. Suddenly, so many things become so little when we realize how blessed and lucky we are.” – Joyce Giraud

“Thanksgiving, after all, is a word of action.” – W.J. Cameron

“For each new morning with its light, for rest and shelter of the night, for health and food, for love and friends, for everything Thy goodness sends.” – Ralph Waldo Emerson

“I am grateful for what I am and have. My Thanksgiving is perpetual.” – Henry David Thoreau