Summer heats up with great events on tap 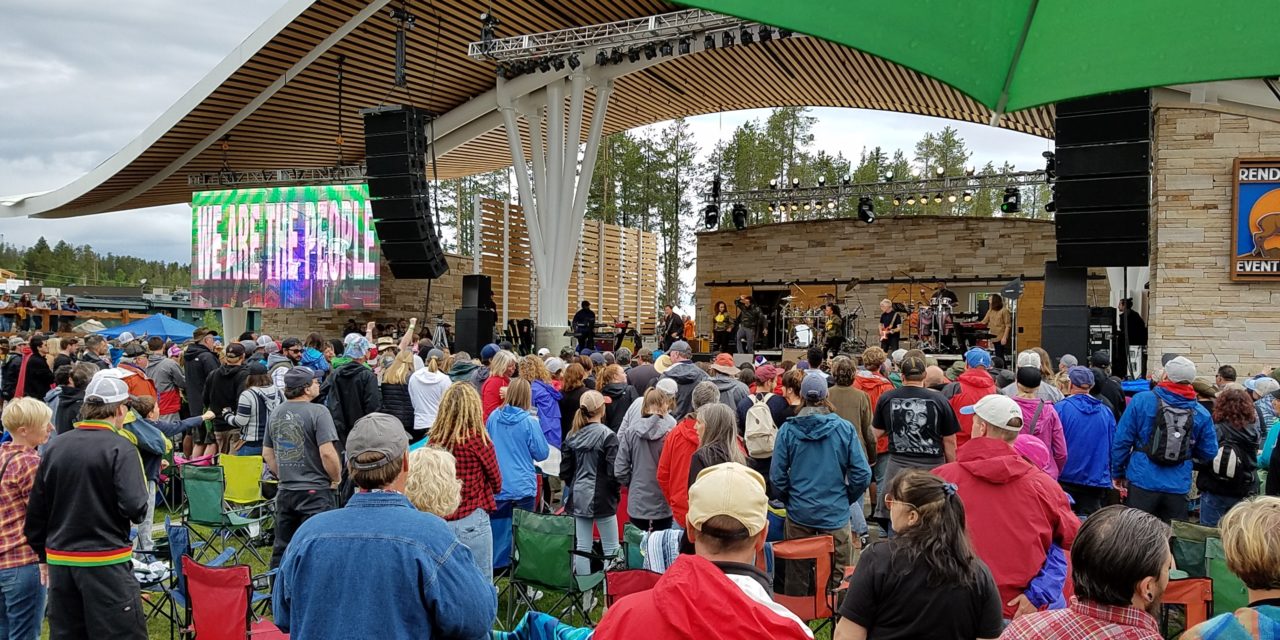 The Odell Brewing Company Summer Concert Series in Winter Park kicked off last week with a Ride the Rockies Party at the Rendezvous Event Center on Thursday and the Switchback Music Festival over the weekend.

Two full days of Reggae and eclectic blends produced an enthusiastic crowd of concert-goers at the ticketed event. Ticket sales were less than expected as the early season weather conditions played a role in concert-goer attendance. Winter Park Fraser Chamber Executive Director, Catherine Ross, said the Switchback Festival sold about 1500 tickets per day. “It was a great event and the lineup was strong, but Mother Nature didn’t make it easy”. Ross added, The concert series helps generate an economic platform for our community and generate business. The weekend’s visitation exceeded expectations, and, the rain drew crowds to local businesses. “We feel really good about the direction we are headed and this event generated a lot of interest”.

Saturday was a compliment of artists with a strong reggae influence, and, a mix of sun and clouds kept the temperatures in the 60s and low 70s throughout the day. For reggae fans, this festival was a complete showcase of acts, and for some, a new fan base may have emerged.

On Sunday, as remnants of hurricane Bud released waves of moisture on the venue, concert-goers who braved the conditions were treated to an eclectic blend of talent. The weather cleared as the final act hit the stage for an energetic performance by Ziggy Marley playing his newest material from the album, Rebellion Rises. Marley played some of his father, the late Bob Marley’s, material also, mixing it into a show of dance and celebration filled with messages of peace and solidarity.

This weekend will bring a different feel to the Rendezvous event Center as the 16th annual Blues from the Top Festival moves in for a weekend of Bikes and Blues. This summer’s lineup is strong and the Winter Park Music, Inc. team has done a great job pulling together a terrific mix of festivals.

The Solshine Festival rolls in on August 11th, with opening act, Dynohunter, and headliner, Lettuce and the Floozies. Ross said, “this is going to be a fantastic night show. These guys got together at Red Rocks recently and packed the venue”. Tickets go on sale Friday, and early bird tickets start at $30.

On August 25, the Country at the Park Mountain Music festival rounds out the summer season with country artists Justin Moore and Easton Corbin. Tickets for this event also go on sale Friday. For more information, visit playwinterpark.com

Ross told the Winter Park Times “The summer lineup is strong and we are excited to bring some new talent and festivals to the Rendezvous Event Center.”