Pop Culture of the Decade 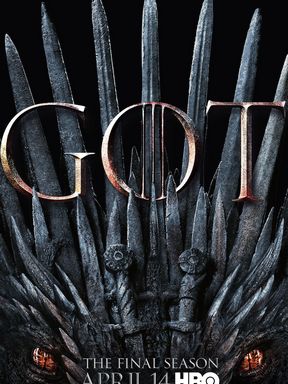 Personally Drake being the number one artist of the decade really surprised me. But when I think back I can start to see why. Quite a few of his songs became memes and global phenomenons. “God’s Plan” and “In My Feelings” both took the internet by storm in 2018, as they both became very popular memes on TikTok and other streaming sites. Everyone was jumping outside of their car and dancing to “In My Feelings”. And making jokes about the line in “God’s Plan” that says “She says, “Do you love me?” I tell her, “Only partly”

I only love my bed and my momma”. Overall I would say it doesn’t surprise me that memes played a big part in deciding the top artist of the decade. And I am excited to see what the next decade has in store. 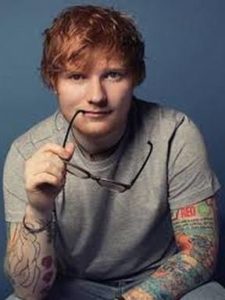 Many of the songs on this list are the “break out” track for these now famous artist. Some of these songs are what helped the artists become mainstream, and common radio stars. “Shape of You” – Ed Sheeran was at the top of the charts for 12 consecutive weeks, and 14 weeks total in the US, and it remained a popular radio tune for many years.  “One Dance” – Drake, Wizkid is an unforgettable song from 2016. It wasn’t on the top of the chart long, but it was a constant on the radio the entire summer of 2016. 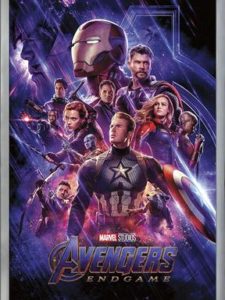 Avengers: Endgame finally broke Avatar’s long standing box office record of most box office revenue in 2019. If you are a marvel fan you will understand that the hype for Endgame was higher than any thing I can ever think of and will probably ever live through again.The Avengers was released in theaters in 2012, and has been an insane 23 movie long series. That all lead up to the grand finale Avengers: Endgame. And with the relaunch of the Star Wars franchise with The Force Awakens the 2010s has been a legendary decade for movies.

Game of Thrones has been a recent phenomenon of television pop culture with it whirlwind and controversial ending, it has been religiously followed as a series since 2011. But thinking back I remember how obsessed people were with Orange is the New Black at the beginning of the decade. It was such a good show that it made people subscribe to Netflix just so they could see it, since Netflix’s streaming service only started in 2007 and it took a few good years for it to take off. I personally think the Orange is the New Black was a big reason Netflix is as great and big as it is today.

The decade started and ended with minecraft being the most popular at the moment. It was funny, because it has recently had a strong resurgence of popularity. Grand Theft Auto 5 however has sold over 110 million copies and is now holding the record as being the best selling video game of all time. The Legend of Zelda: Breath of the Wild is what launched the Nintendo Switch’s popularity, and is a gorgeous masterpiece of a game. Of course I don’t think we will be aloud to forget about Fortnite for years to come, since its launch in July of 2017, it has been a global phenomenon, and has over 250 million players.  The absolutely insane amount of merch and money this game has made as jaw dropping, it is said to be worth up to 8 billion dollars.

With the ever growing popularity of social media it shouldn’t be too surprising that basically every app on here is a type of social media app or communication device associated with a social media company.  Facebook owns the top 4 on this list and Snapchat is the only stand alone. In case you don’t know WhatsApp is a messaging system used throughout the world to communicate over the Internet instead of via cellular connection it is very popular in Europe and Central America.   Facebook boast 2.41 billion monthly users that’s almost 1/3 of the population of Earth. Wild.

I think we can all agree that Netflix being the app that takes the most people’s time isn’t surprise. With the absolutely insane amount of content it has to offer it scares me how much time I spend on the app. Netflix boasts about 125 million hours of ever changing content, and over 1 billion hours of content is streamed on the app weekly. Tinder did surprise me as being the number two on time consuming apps, but with the ever growing popularity of online dating, it makes sense that at least on dating app would be on the list. Pandora Music makes sense because it has 81 million active users in the USA alone. Tencent’s Video is a very popular app in China, and LINE is Japan’s top social media and communication app. 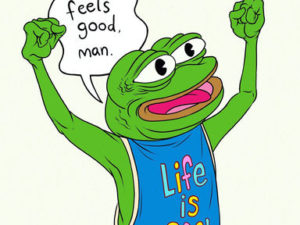 The definition of a meme according to dictionary.com is a cultural item in the form of an image, video, phrase, etc., that is spread via the Internet and often altered in a creative or humorous way.  I think we can all agree that the 2010s has been a great decade for memes. From the confused dog said is Doge, to people everywhere trying to find and collect rare editions of Pepe the frog. The 2010s has been a very meme central decade.  The meme that sticks out the most to me on this list as Robbie rotten in case you don’t know Robbie rotten as a character played by Stefán Karl Stefánsson in the show LazyTown. In 2016 it was announced that Stefán Karl Stefánsson had cancer and would no longer be able to work.  The head writer of lazy town started a go fund me page for him and over the course of the next couple of years Stefán Karl Stefánsson and his character came back into popularity. People all over the internet united to create memes to raise money and awareness for the issues he was facing. The YouTube video “We are Number One” now has over 67 million views. Eventually the gofundme goal of a $100,000 with surpassed and to celebrate Stefán Karl Stefánsson performed his hit song “We are Number One” live. Unfortunately Stefán Karl Stefánsson passed away in 2018. The best 2 meme have a much less clear reason they are popular, but Press f to Pay respect became another slang way to show someone you sympathize on social media, and Loss was just a goofy looking comic strip that people decided was funny enough to rework until it became an internet joke.

Pop Culture is ever changing and growing, and this decade has been a wild ride. I can’t wait to see what happens next. Happy New Year, and Happy 2020s!