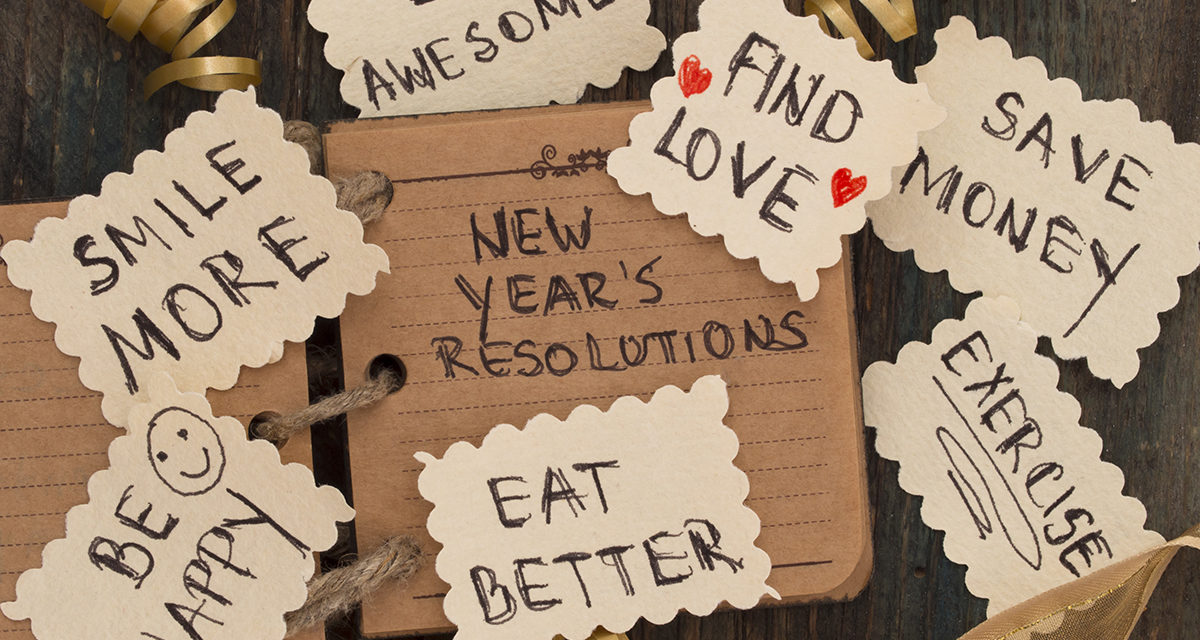 Dating back more than 4,000 years, the ancient Babylonians are thought to be the first to adopt a ‘New Year’ ritual. As the first society to officially celebrate the new year during a 12 day religious festival called Akitu, the Babylonians would praise their Gods and promise to pay back their debts and return anything they had borrowed during the year. These promises were the precursor for what we now call New Year’s resolutions. 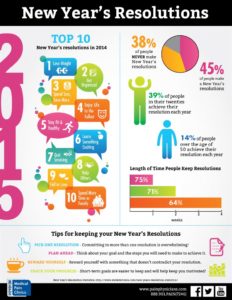 Unfortunately for those who do try to better themself by committing to the time honored tradition of a New Year’s resolution, less than 10% succeed. There is a long list of speculations as to why, but the general consensus is that most overcommit on their goals.

According to Dr Neil Farber, M.D, Ph.D., “Many people are not used to setting regular goals and as such, don’t know how to go about doing it.” Even though 52 percent were confident of success at the beginning, the success rate remains less than 10 percent. “With that in mind, it has been suggested that the most common reasons New Year’s resolutions fail is that 35 percent set unrealistic goals, 33 percent didn’t keep track of their progress and almost one-fourth of the people forgot about it!”  Finally, 10 percent said they made too many resolutions. Dr. Farber added, “The low success rate for may be due to the ‘all or nothing’ mentally that a majority believe is the only way to make a change.”

This year, I would suggest that you try to be honest with yourself. Think through what you can actually make happen, set a measurable goal, and make a plan for how to reach your goal. Instead of saying you want to get in “better shape”, say that you want to be fit enough to run a ten minute mile, maybe ski non-stop from the top of Mary Jane or work out one day a week.  Instead of saying you want to save money, limit spending in one specific area. Find a way to keep track of your progress, and forgive yourself for the setbacks you are sure to face during the year. Don’t be afraid to adjust your goal as you go. Any progress towards improving yourself is better than nothing.

Another one of the big issues and struggles that many face while making a resolution is the idea of a “new year, new me”. Don’t try to change who you are – just try to improve upon yourself. And remember, the only one standing in your way is you. Happy New Year!