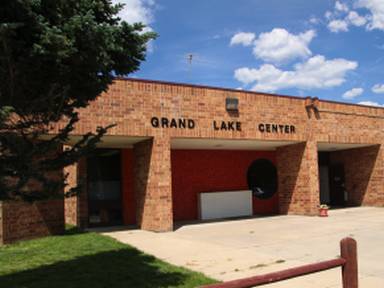 MPH began in the late 1940s when a country doctor by the name of Dr. Earnest Ceriani set up shop in Kremmling, Colorado.  Ceriani served about 2000 residents and helped establish what was known as the Kremmling Memorial Hospital District (KMHD) for more than 50 years.

Finding a doctor in rural America has never been easy and MPH has undergone major changes in both its physical structure, name and in the scope of services over the years. In 2011 the hospital district built a new medical facility in Granby and rebranded the district facilities as the Middle Park Medical Center, Kremmling Campus and the Middle Park Medical Center, Granby.

Today the scope of MPH has changed to serve a broader region of rural Colorado with facilities in Kremmling, Granby, Winter Park, Walden and now Grand Lake. Jim White, Grand Lake Town Manager said, “We have been working on this project for nearly 18 months and are excited to have Middle Park Health as a community partner.”

The Grand Lake Campus will offer similar services to that of Middle Park Health, Winter Park Campus. According to Freitag, “We will have x-ray, laboratory and primary care services available.”

White said, “The community has been very engaged in getting a medical clinic in town. Our staff has worked in concert with the MPH team to make this happen.”  White added, “There is a tight timeline and MPH is in the process of formalizing the construction plans so they can obtain the proper approvals.” 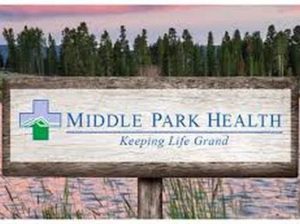 Freitag stated, “When choosing to open a clinic in Grand Lake we took in account several different factors.”  First, we did a review of our current patient population. We have a fair amount of patients currently traveling from Grand Lake to receive medical care at one of our other clinic locations. Second, the residents and visitors of Grand Lake currently have no option but to travel for medical care. “We recognize that the Grand Lake resident and visitor population is only going to continuing to grow. We knew it was important to provide healthcare services to this community.”

White said Grand Lake has entered into an agreement that will provide the space rent free from for three years.  MPH is paying for the renovation and equipment for the facility. White added, “The Three Lakes Water and Sanitation District has waived its new facility assessment fee for three years and that really helped seal the deal. We are extremely grateful for their support.”

The Middle Park Health, Grand Lake Campus is scheduled to open June 1st, 2019. According to Freitag, the facility will be open 3-4 days a week depending on the season.