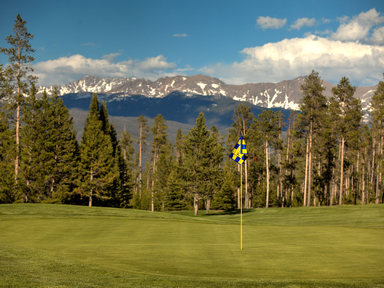 Many Grand County residents depend on, even pray for, help from a variety of local organizations. These organizations must recruit volunteers and raise money to support their programs for scholarships, food and rent assistance, grants to local groups and for special times like the current pandemic.

In 2020 the challenge to raise money is even harder given the many restrictions to local gatherings and fund-raising events. The expression that “Money Doesn’t Grow on Trees” is always true, and even more so this year. The challenges of social-distancing and limits on indoor activities meant that most fund-raising events had to be cancelled.

But never count out the creativity, initiative and willingness of the good folks of Grand County. This year 5 local organizations focused on utilizing one of the Fraser Valley’s greatest resources to meet their giving goals – The Pole Creek Golf Course in Tabernash. To no one’s surprise, the Golf Course team rose to the occasion and despite having a nearly fully booked schedule (after all, golf is the perfect socially distanced activity!) Pole Creek managed to make room for these 5 tournaments.

I first spoke with Mary Moynihan, Club House director. Mary has been at Pole Creek since 1984 and understands the importance of these golf fund-raisers. In fact, two of her children received scholarships from some of these organizations. When approached by these groups Mary and her team worked closely with them to set up dates and rules under which these events could be successful. She even held open certain dates for the tournaments while the organizations decided if they could make a tournament work. In the end they all decided to go ahead. Special rules were worked out to meet local and state requirements including limiting the number of teams/players and eliminating a “shotgun” start.

First up was the Grand Classic (i.e., Grand Foundation) which just held its 2-day tournament. The Grand Foundation is the largest giving organization in the county and funds so many great organizations and programs in Grand County. This year the Foundation has greatly expanded their giving which is now expected to exceed $1.5 million with much of the additional funds aimed at helping local businesses and organizations survive.  The Foundation is also providing a free web platform to let each of the other tournament sponsors hold online auctions to raise even more money. (Note: I just got my hair cut at Whittler’s and the owner, Jason Craig, told me that a Foundation grant helped him survive these last few months. And he was just one of many). According to Megan Ledin, the Foundation’s Executive Director, the 21st annual Grand Classic golf tournament went off with no significant problems and will help them meet their 2020 giving goals. The Grand Classic is the only 2-day tournament, so the Grand Elk Golf Course helped by hosting one of the days.

Next up was the Middle Park Medical Center’s tournament which went off earlier this week and will help fund their expanded programs in the County and with its plans for a new medical center in Fraser/Winter Park.

The next tournament is Sunday, September 13, when the Bert and Ernie golf tournament will be played. This great event helps fund the Grand Kids Learning Center and we all know how important a good early education is to a person’s future success. I’ll be playing in this tournament as my 2-year old granddaughter (a student at Grand Kids) has promised me a hug and kiss for every hole-in-one and/or birdie I make! With most of their other fund-raising events cancelled, the golf tournament is very important to the Learning Center this year.

On Tuesday September 15, the Fraser River Valley Lions’ club tournament is played. I spoke with their tournament Chair, Roger Odneal, about the Lion’s club work to operate within the new rules to meet restrictions for large gatherings. Roger and the Lion’s team first met in January to discuss the golf tournament only to realize on March 11 that the tournament may not even happen and work was put on hold. The tournament is a key fund raiser for the Lion’s club which provided local groups with over $150,000 in 2019 (which excludes the numerous volunteer hours Lion members give to many local activities). But with the help, and flexibility, of Mary and the golf course team, this event was finally scheduled for September 15. The incredible news is that the Lion’s club will be able to reach a giving goal of $140,000 this year according to their treasurer John Farabaugh. Again, this excludes the numerous volunteer hours that club members gave to create initiatives like the very popular Pop-Up meals program and to manage several local campgrounds.

Two days after the Lion’s tournament on Tuesday September 15, the Grand County Builders’ Association will hold its tournament (yes, a busy golf week). I spoke with Mark Strayer (board member) about their event. He told me that the goal is to raise money for scholarships and grants for local students wishing to pursue a career in the building industry. They help students wishing to go to college and pursue areas like architecture and engineering. They also assist students wishing to go directly into careers like plumbing and other specialties with tools and advanced certifications. This is their first golf tournament and will be, by far, their largest fundraiser this year.

In summary, five tournaments over 2½ weeks, thousands of dollars raised that will go to support needed programs/people in Grand County, an exhausted but happy Pole Creek Golf Course team, and one happy grandpa (if I make some birdies!). 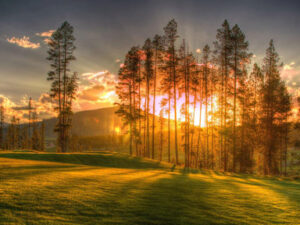 So, go out and have some fun. Hit that little white ball and know that your tournament fees will support critical organizations, and many great causes, in Grand County. And feel free to thank Mary and the entire Pole Creek team for their wonderful efforts.

Please send any comments to me at bebarwick@gmail.com.