King Soopers: We Want Our Stores to be Better Places to Work and Shop 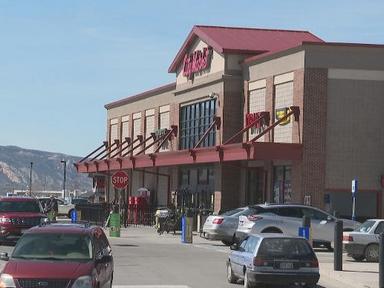 In an overwhelming vote, members of United Food and Commercial Workers Union (UFSW) Local 7 who work at King Soopers stores across Colorado have authorized a strike for better stores for all Coloradans. Kim Cordova, president of Local 7 released the following statement in response:

“The hard working women and men of King Soopers and City Market are standing together for their families, their customers and their communities.”

This strike will involve 12,000 employees from 109 stores accross the state.  Evan Yeats, spokesperson for the Union said in an email, “City Market in Granby is not part of the UFCW Union and should not be affected unless the delivery systems stall with a prolonged strike.”

King Soopers and City Market are owned by The Kroger Co., the largest traditional grocery retailer in America with more than $122 billion in sales last year alone.

Cordova stated, “We are dedicated to keeping King Soopers and City Market the best place to work and shop, but we can’t do that without a partnership with the company. We hope King Soopers and City Market can return to the table with an offer that reflects the strong commitment to workers and customers that has made the company so successful for so many years, but if they don’t we are prepared and ready to strike.”

A strike date has not been set but a strike authorization allows Local 7 leadership to call for a strike at any moment going forward.