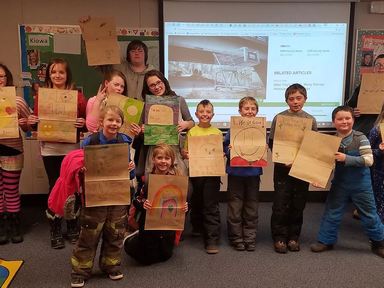 On August 12th, Indian Peaks Charter School Director Michelle Kennard announced that Indian Peaks Charter School will be closing its doors. “We have served this community for many years and have seen many truly wonderful and unique students come through our doors.” Kennard said school enrollment was too low, so the Colorado Charter School Institute (CCSI) made the tough decision to close the doors. “I will miss our students and staff very much, we weren’t just a school, we were a family,” said Kennard.

“It was an honor to teach French to such fun loving, gifted students for 14 years. I’ll never forget all the messes we made in the kitchen, our dinners at Le Central in Denver, our Mardi Gras bashes, skits, games,songs, and all the fun we had learning about this beautiful language and culture,” said French Teacher and Assistant Director, Kate Elliot. “These kiddos kept me young and added laughter to my life. A sea of faces flashes before me and I am grateful for the lessons learned from each one of them. My prayers for a bright and beautiful future for all.” 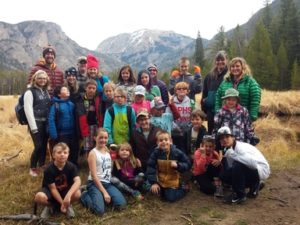 Indian Peaks Charter School (IPCS) was originally conceived as Indian Peaks Academy in 1995 by a group of parents anxious for educational choice in Grand County, calling for a rigorous content-rich curriculum, foreign language in all grades, and a 5-day school week. At first, a lack of facilities prevented the school from opening; however, parents continued to search. Five years later, the Grand County Education Complex was created and Indian Peaks Charter School – a parent driven, free, public school – opened its doors in September 2000.

​Indian Peaks took the next five years to implement the vision of the founding families. In the fall of 2016, Indian Peaks Charter School moved out from under the East Grand School District jurisdiction and transitioned over to Colorado Charter School Institute (CCSI).

Demonstrating successful academics and having students involved in various aspects of the community beyond our school, Indian Peaks is proud of their students as they truly became aware and exemplary young citizens. Through generous efforts and sacrifices of their Educational Team and Families, IPCS offered Grand County children in Kindergarten through Eighth Grade a rigorous curriculum coupled with small class size, which typically leads to academic success.

“I do know East Grand School District is a quality choice for our students’ education and our students will be in good hands there. If I can offer any help during this time of transition please reach out,” said Director Kennard.