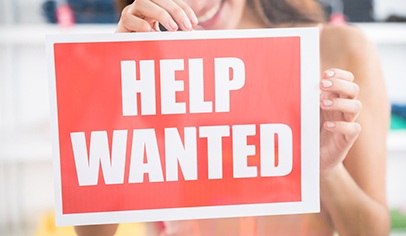 Immigration remains a hot-button topic, and how it’s tied to U.S. jobs and the economy creates a debate that does not seem to have real solutions for mountain communities throughout Colorado.

Critics of immigrants, especially undocumented immigrants, say they’ve taken jobs away from American workers. Some disagree with the political posturing, including immigration attorney Jacob Monty, a Republican who served on the National Hispanic Advisory Committee for President Trump along the campaign trail.

“The notion that immigrants are taking jobs from U.S. workers is just plain wrong,” says Monty, author of The Sons of Wetbacks. “Studies show they’re vital to keeping the economy running.”

A report two years ago by the National Academy of Sciences, titled “The Economic and Fiscal Consequences of Immigration,” concluded that immigrants are essential to America’s economic growth. And the U.S. Department of Labor’s 2017 breakdown of employment showed about 25 million people in the American workforce (16.7 percent) were immigrants.

With unemployment in the U.S. recently listed at a 17-year low (3.9 percent), Monty says immigrant workers are needed more than ever.

“We’re facing a labor crisis,” says Monty.  “There aren’t enough U.S. workers to do a whole host of jobs. It affects every industry from construction to agriculture to the service industry and manufacturing.

Recently, the Crooked Creek Saloon and Creekside Eatery chose to close on Mondays, until they can find help to maintain a work/life balance for management and staff. Toni Halgren, owner of the local establishment, said, “We don’t like closing but are struggling to staff a seven day a week operation.”

Housing has been a challenge for seasonal service staff in the Fraser Valley for the past several years. Halgren and other local business owners are making an effort to procure housing dedicated to their business needs.

Charlie Johnson, WC Johnson LLC, owners of Cooper Creek Square are converting leased office space into apartments for their tenants to help fill the immediate need, but the workforce shortage is a multi-faceted picture.

Grand County unemployment is currently seeing record lows and as more new businesses come online  “We are in a pinch to find enough labor to meet the demands of growth across the county.” said Grand County Commissioner, Merrit Linke.

Monty stated, “Immigration historically has been a way to augment our domestic labor supply, but our immigration system is completely broken, so it’s not a viable solution for employers that are in desperate need of workers. We need a temporary guest worker program; that’s what businesses have been wanting for over 20 years, but Congress has not acted on that.”

Monty gave us three reasons immigrants are important to the U.S. economy:

Food supply and security. Recalls and news of contaminations, Monty says, raise concerns about shortages of immigrant workers. “We don’t have enough food workers that harvest the food, process it and serve it to us,” Monty says. “The entire chain is woefully understaffed, and because of this dire labor crisis, our food supply is not secure and reliable.”

Entrepreneurship. An analysis from the Small Business Administration found that 10.5 percent of U.S. immigrants own a business, compared with 9.3 percent of native-born Americans. “That statistic debunks the other fallacy out there that all these immigrants are nothing but left-wing, would-be Democrats, and that’s why we’ve got to keep them out – because they’ll be voting Democrat if we give them a path to citizenship,” Monty says. “They share many of the same values we have as Americans.”

Clusters to count on in certain occupations. Compared with people born in the U.S., statistics show immigrants are more likely to work in buildings and grounds maintenance, construction, computer, math or science occupations, and jobs in food preparation or service. “We’re not talking about just minimum wage jobs,” Monty says. “There is a lack of people in the U.S. even bothering to respond to an ad for many of these jobs. And we have an inadequate supply of visas at both the high end and low end.”

“If you have a willing worker and a willing employer,” Monty says, “our immigration system should be able to unite those two.”

For now, our growing pains will put pressure on the local workforce and businesses will continue to make tough choices that affect their hours of operation. Don’t be surprised if you pull up to your favorite restaurant and find a handwritten sign saying “Closed Today” in the window, right next to the “Help Wanted” sign.