How President’s Day came to be 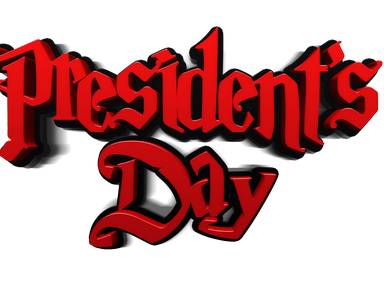 In a resort town, President’s Day weekend marks the unofficial start of spring break. The weekend and the weeks that follow bring thousands of visitors to our mountain community. A welcome three-day weekend to many, the holiday typically promises visitors the best conditions of the season.

President’s Day, also known as Washington’s birthday, falls on the third Monday in February every year. Following the death of George Washington in 1799, his birthday became a date of perennial remembrance. The day was an unofficial holiday throughout most of the 1800s until 1879, when Senator Steven Wallace Dorsey of Arkansas was the first to propose it as a national holiday. President Rutherford B. Hayes signed the holiday into act later that year. At first, the holiday only applied to the district of Columbia, but in 1885, was expanded to the whole country.

George Washington’s actual birthday is on February 22nd, but the official holiday was moved to the third Monday in February in 1971, due to the Uniform Monday Holiday Act. The proposed change was seen by many as a novel way to create more three-day weekends for the nation’s workers, and it was believed that ensuring holidays always fell on the same weekday would reduce employee absenteeism.

When originally moved away from the 22nd, many believed it was to incorporate President Abraham Lincoln into the celebration, since his birthday is February 12th, and the new date would always fall between his and Washington’s birthday. Many marketers jumped at the opportunity to play up three day weekend bargains and “Presidents Day” sales were advertised at stores around the country. By the 1980s, to many Americans, Washington’s birthday was only known as President’s day, and this was only solidified further by 2000, when more than half of the States had officially changed the holiday’s name to President’s Day.

Over the years, Presidents Day has come to mean many different things. In 1932, the date was used to reinstate the Purple Heart, a military decoration originally created by George Washington to honor soldiers killed or wounded while serving in the armed forces. Nowadays, many patriotic and historical groups use Presidents Day as a date for staging celebrations, reenactments, and other events. Many public schools use this day to learn about the accomplishments of former presidents, with a focus on George Washington and Abraham Lincoln, of course.

Whether you call it President’s Day or Washington’s birthday, I hope you have a great three-day weekend!