How lucky are the Irish? 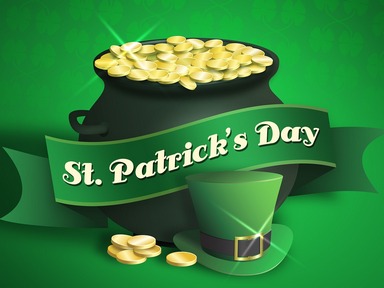 Just about everyone is Irish on St. Patrick’s Day. Donned in green, more than likely sipping a stout, a green beer or an irish whiskey, being a happy-go-lucky irishman or woman for a day can put a smile on your face and lift your spirits.

Every once in a while, you might say or hear, “it’s the luck of the Irish”, after accomplishing some sort of impossible feat. Knowing the expression is more tongue in cheek, this St. Patrick’s Day, I find myself wondering where the term came from and whether the Irish are indeed lucky.

Since the early 18th century, the Irish have been immigrating to the United States and by mid 19th century, Irish immigration had increased primarily as a result of the Great Irish Famine of 1845-1852, a highly unlucky event in Irish history. Many died crossing the ocean due to disease and poor conditions of travel on reputed “coffin ships”. Again very unlucky. Those that survived the journey settled in cities such as Boston and New York, close to the ports where they landed. Like most immigrating ethnicities, they settled in communities populated by their irish brethren. In those early days, the Irish were often stereotyped as good-natured yet simple and dull-witted.

The phrase “luck of the Irish” is commonly thought to mean “extreme good fortune.” However, in his book, 1001 Things Everyone Should Know About Irish American History, author Edward T O’Donnell says the term is not of Irish origin, but “a happier, if not altogether positive”, American one.

According to O’Donnell, “During the gold and silver rush years in the second half of the 19th century, a number of the most famous and successful miners were of Irish and Irish American heritage. Over time, the association of the Irish with mining fortunes led to the expression ‘luck of the Irish.’ Of course, it could also be considered derogatory, as if saying, “only by sheer luck could these fools succeed”.

The Urban Dictionary states, “This isn’t luck at all, but more of an attitude, a positive look at a bad situation. The Irish didn’t survive a potato famine, and being treated as 3rd class citizens upon their arrival to the U.S. by not having a positive outlook and a great sense of humor!”.

While there is no proof the Irish are luckier than anyone else, there’s no arguing that we are all luckier to be Irish on St. Paddy’s Day.