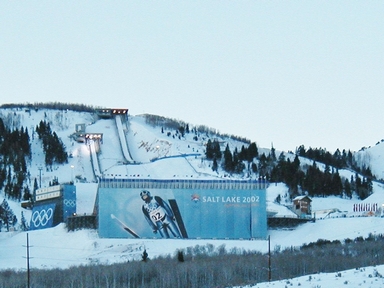 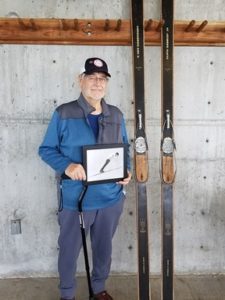 In his younger days, Chuck Heckert was a ski jumper who competed on several Junior National teams and the U.S. Devo team.

In the 70s, 80s and into the 90s, Chuck was a coach at the Winter Park Ski Jumping Competition Center.

In the late 80s, he started serving the sport he loves as a judge and Technical Delegate. His resume includes nearly 100 national and international competitions.

Over the years, Chuck served on countless boards and with dozens of organizations – all dedicated to furthering the sport of skiing in all its forms.

In the early 90s, when the Olympic Park was still called the Utah Winter Sports Park, Chuck was there as Facilities Manager.

In late January 2002, when the Olympic torch relay neared its Utah destination, Chuck was there as a torchbearer.

During the 2002 Winter Olympics, when the world watched the Swiss wunderkind Simon Ammann win two gold medals on the UOP’s hills, Chuck was there as the Venue Chief.

In many ways, for scores of ski jumping athletes, coaches and judges, Chuck has ALWAYS been there.

So it’s only fitting that the essential service road, which winds its way to the top of the Olympic Park’s historic ski jumps, the road that, for years, bore an informal nickname, has now been officially dedicated as the HECKERT HIGHWAY. Congratulations Chuck! Thank you for all you’ve done for the sport of skiing. Your legacy will live on for many years to come.