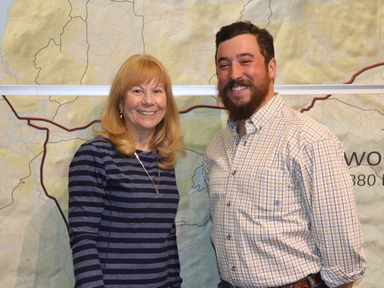 Jeremy Krones is a familiar face in Grand County through his work as director of Colorado Headwaters Land Trust. Since Mr. Krones moved into the county, he has been an avid library user. He is an advocate for access to literature, education, and recreation.

Janet Thomas is a newly retired school librarian. She believes in the importance of public libraries as an asset to a community and recognizes the value libraries have in supporting individuals of all ages.

“Both Mr. Krones and Ms. Thomas bring a wealth of knowledge and experience to the GCLD Board of Trustees. We are fortunate to have them joining as Trustees and look forward to their contributions and support of our community’s libraries,” says Sally Leclair, president of GCLD’s Board of Trustees.

Mr. Krones and Ms. Thomas interviewed to fill the two vacant Trustee positions at the Board of Trustees regular meeting in November and were officially appointed by the Board of County Commissioners on December 10.

For more information about GCLD’s Board of Trustees, visit www.gcld.org/trustees.