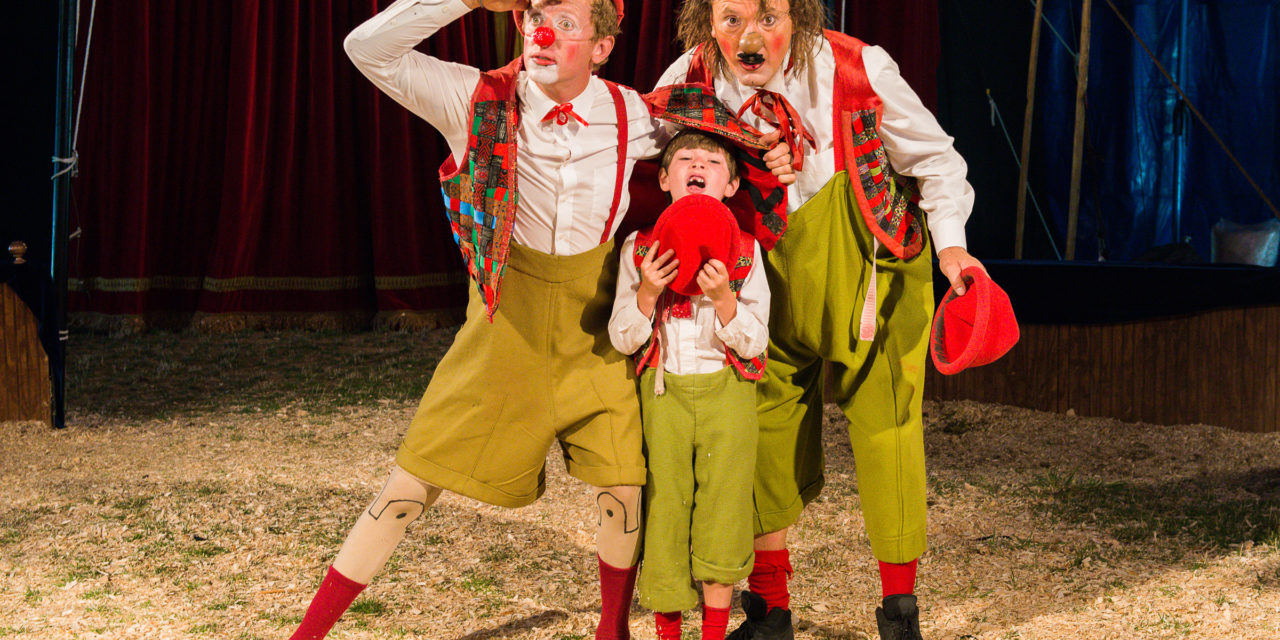 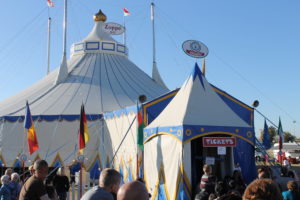 The Zoppè Family Circus welcomes guests into the Big Top this weekend for a one-ring circus honoring the best traditions of the Old-World Italian Circus, August 31st through September 3rd.

The old-fashioned Zoppé Family Circus is back for another Fraser Valley weekend at Grand Park. If you have not been to this family circus, you owe it to yourself and your family to see one of the most intimate, old fashioned, family run, one ring circuses left touring in the United States today.

Founded in 1842, the Zoppé family performers continue to welcome spectators into an intimate 500-seat tent known as Veneto.  The tent is a marvel in and of itself, dreamed up by Alberto Zoppé decades ago. It is engineered in Italy with fabric from France and constructed in Mexico and the United States using state of the art technology. Unique features are many including an exhaust fan at the top of the gold fiberglass copula. “Veneto” encompasses the best of the old, and the new.

The family has a long history dating back more than 175 years and bring their multi generational talents forward with a mysterious old world charm.

The Zoppé family business started when a French street clown and a Hungarian equestrienne ballerina ran off to Venice, where they married and started a dynasty now in its seventh generation. Giovanni Zoppé, the circus’ producer and head clown, carries not only his family’s history around in his head but the history of circuses in general.  “We invite people into our home. This is our life and we love to share our artistry and talents.”

Giovanni told several stories of his family moving about the countryside in wagons pulled by horses and how the life on the road shaped his family. “I don’t want to do modern circus,” he says. “I want to do what they did 100 years ago.” 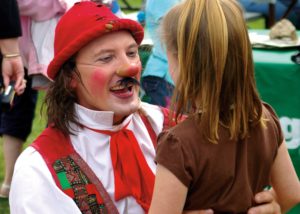 ZOPPE FAMILY CIRCUS
Famed entertainer Giovanni Zoppe, aka Nino the Clown, has been a staple of the Zoppe Family Circus for decades.

At one point during World War II the entire circus was destroyed in a bombing raid over Italy. The family lost everything, animals, tents and vehicles. “My family barely escaped with their lives.”  The story passed down from Giovanni’s father brought tears to his eyes in our interview.

Giovanni’s father, Alberto Zoppé, who died in 2009, was brought to the United States in 1948 by John Ringling North to play a role in Cecil B. DeMille’s Greatest Show on Earth. The story of this movie role was very interesting and included a trade for an elephant if Alberto agreed to do the film.

Alberto Zoppé came to the US and ‘Mary’ the elephant was flown to Italy.  Alberto never went back to Italy after finishing the movie and made a life in the United States, raising a family and performing all over North America including a short but dangerous trek into Cuba.

“Families and performers come and go, but the new circus movement seems to favor smaller, more intimate shows.”  according to Zoppé. “The corporate bloat of Ringling Brothers and Cirque du Soleil are mind numbing.” Zoppé said the core of our troupe is our immediate family, but we travel with other families each year as well. Giovanni prefers the intimacy of a one-ring show under a tent with a few dozen performers. In his current troupe, the Zoppé Family Circus consists of 32 people, including his mother, his two sisters and their husbands and children, another family that includes acrobats and jugglers, and our newest members, the Sanchez family who specialize in aerial stunts.  Plus, we have 14 assorted dogs, many are rescue dogs, and we have 4 large horses and 3 mini horses.

Everyone plays a role setting up and striking the show.  It is a lot of work to put together “Veneto”, the big top tent.  It takes about 2 days to build it out and get ready for the show. Zoppé added, “If we work hard, we can tear down and move in about 14 hours.”  That’s everyone working hard to make it happen.

The circus features new acts this year, including acrobatic feats from the flying Sanchez Family on the Russian Swing. Giovanni said, “This is very exciting, and, along with this act, he will be jumping from 36 feet into a small air bag as part of the stunt. “Stand up and lay a pack of cards on the ground, now imagine you are high above the tent floor looking and landing on that spot.”  I don’t know why I brought this one back. I did it when I was in my twenties.” It gets my heart pumping every time.” The troupe of 32 performers put on two acts for each performance. 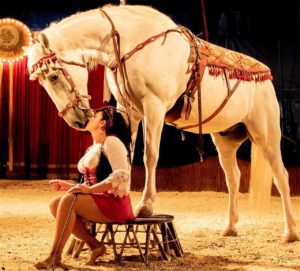 The life of a traveling Circus Family is a unique working relationship, mixed with a blend of artistry and unique talents. Zoppe said, “It is a labor of love and passion. We have several families that came together and set out on a entertainment journey”.

“The Zoppé Family Circus first came to Winter Park in 2008 and have been back nearly every year since, making many friends and fans in the Fraser Valley,” says Zoppé Colorado Tour PR Director, Andrea Fawkes, with Rusty Boots Entertainment. “It’s one of their favorite stops on the Colorado tour and has become a Labor Day tradition for many.”

The Zoppé Italian Family Circus is a traditional European circus with talented artists performing in the same interactive style their ancestors entertained families with over a century ago and is one of the last family-run, one-ring traveling circuses in the United States. The Zoppé Circus is staged as it would have been in the 1800’s, with the costumes, music and style of show, transporting guests back to that time period. Giovanni Zoppé, a sixth-generation circus performer who stars as the main character, Nino the Clown, captures the hearts of the audience with his playful antics as the central figure of the circus’ story.

“Everything is spinning so fast today, we want the audience to forget about everything and just step back in time with us,” says Giovanni. The Veneto tent creates a blackout theatre, the perfect setting for the European theatrical circus, performed by the Zoppè family of artists. The Zoppè Circus is unapologetically authentic, from its intimate 500 seat tent with wood plank bleachers to a performance that includes small animal acts, trapeze acrobatics and the kind of grand gesture, silent comedy perfected by Charlie Chaplin.  Two thumbs up!