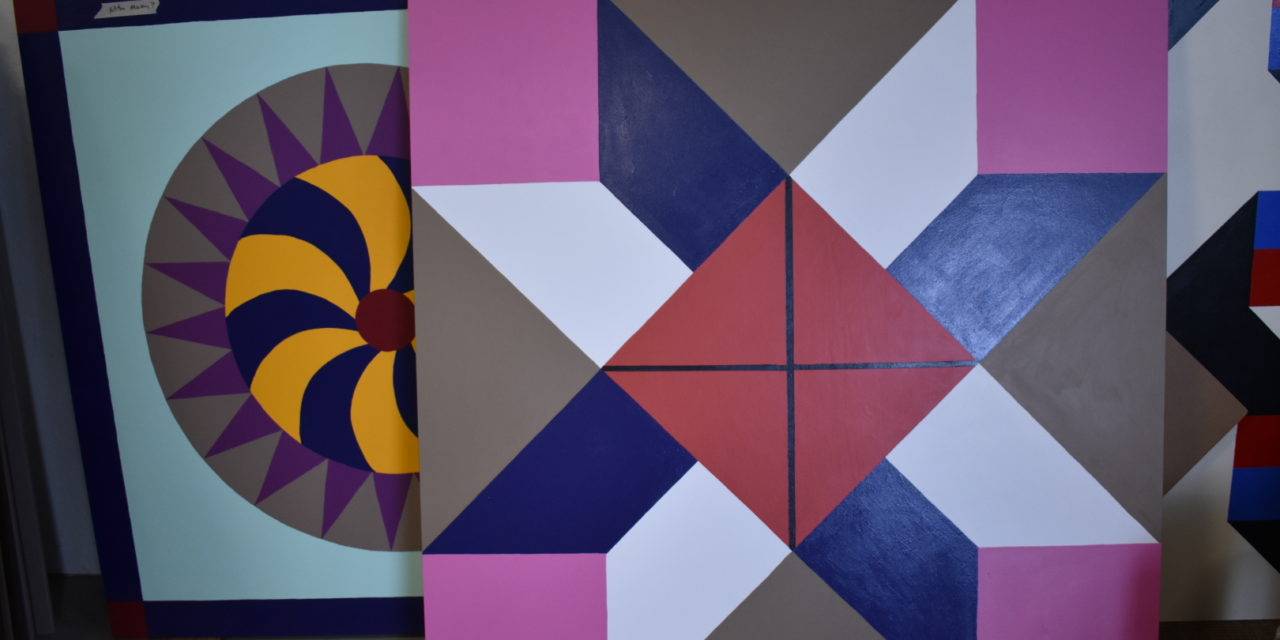 Longtime community member and leader of the Grand Quilt Trail project Betsy deVries took the time to go into the classroom and explain to Finnegan’s students just what the Grand Quilt Trail was. She detailed how each quilt block is first a piece of wood that is sanded and stained, then sketched with a quilt square pattern. Only after colors are carefully selected, the final product gets painted. Each quilt block is then purchased for a business or for a personal house.

deVries explained how the Grand Quilt Trail is aimed “to be throughout all of Grand County”. Equally important is that the funds earned from the purchase of the quilt blocks goes directly to the Grand County Historical Association: “it’s become a huge community project” that is “such a win-win for everybody. Everybody wins. Everybody donates – all the time. And this way, when they donate, they’re getting something for their donation. They get to be advertising for a long, long time”.

The fourth graders’ education on quilting was not limited to the Grand Quilt Trail. From this introduction given by deVries, the students also applied quilting in art, history, and math.

Quilting in its traditional form has been an art for ages, and Shelly Madsen, Fraser Valley Elementary’s art teacher, incorporated it into her curriculum. As one of the art projects, the kids actually made a quilt. Each student was to design their own fabric square depicting a location from the county. Once all sewn together, the quilt was hung for a period of time in the Fraser Valley Library.

In terms of history, the students studied the history of Golden, Colorado. They read the book The Quilt that walked to Golden, and through this the students became aware of the presence of the art of quilting during the development of the city of Golden. The narrative of the formation of this city is wound within the quilting that took place during its growth, and the historical presence of quilting in the state of Colorado.

Lastly, the students used quilting in geometry. The complex patterns on each quilt square require geometrical calculations to work out so perfectly. 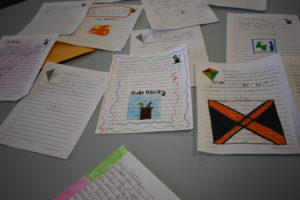 Following deVries’ visit to Fraser Valley Elementary, the fourth graders sent her thank you notes, detailing their thanks and emphasizing their heightened enthusiasm in quilting. One student stated, “I have a jumble of ideas in my mind for the quilt trail”. Additionally, at the bottom of each thank you letter, each student drew a quilt square with a pattern of their own creation.

One student drew a pattern that especially struck deVries. She took the student’s idea and transformed it into a reality. Now the pattern has been drawn and painted onto a large quilt block that is soon to be hung somewhere around the county and forever part of the Grand Quilt Trail.

Betsy explained, “that’s a piece of art you guys are making”, a part of the community project that now serves as a trip destination to locals and visitors alike.