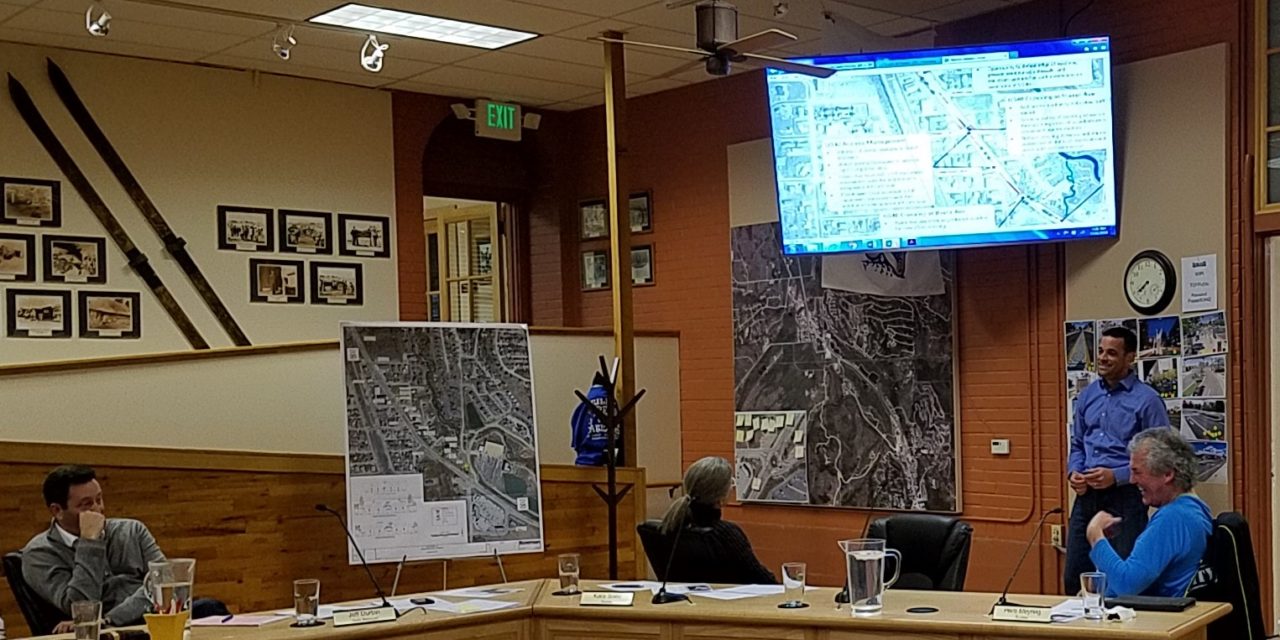 At Wednesday’s Board of Trustees meeting, Tim Gagnon of Bowman Consulting presented an overview of the plans for the Pedestrian Safety Improvement Project. The project, which has been in progress for over two years, was developed from results of a Community survey which received several hundred responses. The project will be mostly funded with grants from CDOT for Highway Safety and Safe Routes for Schools and will be supplemented by Town funds budgeted at $385,000.

Following a project Open House held last month, where residents provided feedback on the project, Bowman Consulting put together the plans presented. Bowman worked with CDOT on the rendering, which includes a series of raised island medians and raised landscape bumpouts. The added features are intended to make drivers more aware and reduce speed as they drive through town, enhancing pedestrian walkability. The medians also provide a midpoint for pedestrians to seek safe refuge as they cross the often busy highway.

Recent traffic studies reflect an average of 13,000 vehicles travel through town on US 40 daily, and it is estimated to increase to, at least, 18,000 in the next twenty years. While the Town has the ability to choose median height, in order to receive the funding from CDOT, the project plans must include medians.

When the Board opened up to public comment, representatives from local businesses approached the podium, one at a time. The greatest area of concern is the intersection of US 40 and Eisenhower Drive. The 3-way intersection has been identified by CDOT as hazardous, but local business owners were not agreeable with the proposed block-long medians which would prohibit left hand turns into and out of their businesses. While u-turns are legal along the stretch, the added obstruction of the medians will make it difficult to navigate, especially for larger vehicles such as tow trucks, delivery trucks, trash removal and others.

Other concerns included the loss of parking spaces adjacent to businesses, loss of an acceleration lane when turning north on to US 40 from Eisenhower, creation of a larger bottleneck at the intersection of US 40 and Eisenhower, inablity to locate businesses, and, lost business due to the added inconvenience associated with the proposed medians and undesirable workarounds such as using side streets and alleyways.

The Mayor, the Town Manager and the Trustees reiterated that the primary objective is pedestrian safety and that the plans were never intended to create a hardship to businesses. Trustee Herb Meyring summarized “the win: win is to create the pedestrian crossings and allow businesses to operate”, after which the attendees applauded.

With several Trustees absent, the Board moved to continue the discussion on the project to the next meeting on May 2. 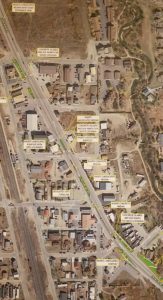