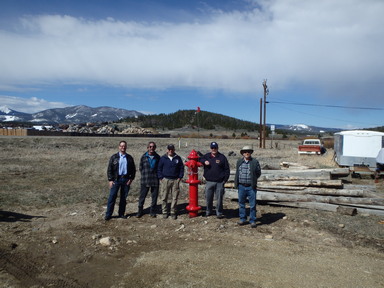 Two local special districts have been awarded a 2018 Collaboration Award from the Special District Association of Colorado (SDA).

SDA presents the Collaboration Award annually to special districts that have effectively and efficiently partnered with other entities and local governments to form successful working relationships for the benefit of their citizens.

In 2015, East Grand Fire and Tabernash Meadows began exploring the idea of extending a fire protection water supply outside of the Water District. Discussions continued for the next several years, and through a collaborative approach, issues involving water supplies, construction costs, and long term maintenance were reviewed and resolved. An agreement to proceed with the project was eventually reached, and it was completed at the end of 2017, with additional in-kind contributions from Grand County. The new system, known as the Tabernash Fire Protection Water System, has greatly improved the Fire District’s ability to provide water to a heavily commercialized area that was previously serviced by water shuttled in Fire District Tenders. This dependable fire flow for a busy commercial area that supports many critical activities is imperative for the local community. The highly effective working relationship developed by both Districts led to the ultimate successful completion of this critical project, which benefits both citizens and visitors to the area.

Ann Terry, SDA’s Executive Director, was thrilled to recognize the exceptional work of both districts. “The spirit of collaboration demonstrated by both East Grand Fire and Tabernash Meadows has not only benefited the citizens of these districts, but it is also a true testament to the success that can be achieved through partnerships.”

About the Special District Association of Colorado 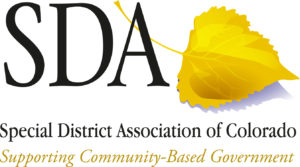 The Special District Association of Colorado (SDA) is a statewide membership organization created in 1975 to serve the interests of the special district form of local government in Colorado. Special districts fill a vital role in providing many of the basic services and public needs of the people of Colorado, including fire and rescue services; water and wastewater treatment and delivery; parks and recreation amenities; hospitals; libraries; and cemeteries. SDA has over 1,815 district members and 285 associate members.