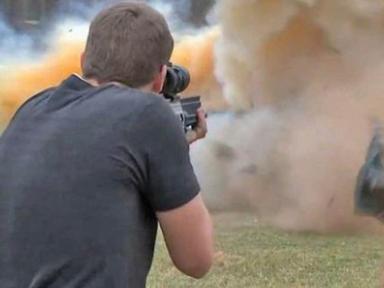 If you have heard been startled by an explosive rumble and wondered “what in the world” is going on? You are not alone.

There have been complaints, emails and conversations in several circles, including news tips from concerned citizens. Commissioner Merrit Linke has been in touch with a group of property owners in the area of the explosions and held a meeting last weekend to discuss the reports and create dialogue on behalf of the neighborhood.

The County Road 5 area of Red Dirt Hill is an unincorporated part of Grand County. As a property owner in some unincorporated counties of Colorado, including Grand County, you can legally discharge firearms and some explosives on your property without restriction. 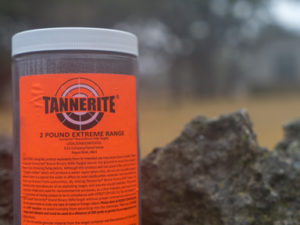 What are the explosions? They are not canons or construction dynamite, it is an explosive compound called Tannerite.

Tannerite is a brand of binary explosive targets used for firearms practice and sold in kit form. The targets comprise a combination of oxidizers and a fuel – primarily aluminum powder – that is supplied as two separate components that are mixed by the user. The combination is relatively stable when subjected to forces less severe than a high-velocity bullet impact. A hammer blow, being dropped, or impact from a low-velocity bullet or shotgun blast will not initiate a reaction. It is also designed to be non-flammable (the reaction cannot be triggered by a burning fuse or electricity), although its explosion can cause other flammable material to ignite.

Because it is sold as two separate components, it can be transported and sold in many places without the legal restrictions that would otherwise apply to explosives. The term tannerite is often used to refer to the mixture itself, and other reactive targets and combination explosives are often generically referred to as tannerite.

The explosive reaction, once initiated, occurs at a very high velocity, producing a large vapor cloud and a loud report. It is marketed as a target designation that is useful for long-range target practice: the shooter does not need to walk down-range to see if the target has been hit, as the target will react and serve as a highly visible indicator.

Binary explosives like Tannerite are also used in some business applications, including commercial blasting, product testing, and special effects. 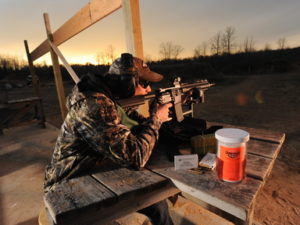 Linke said, “We had a very good meeting” and relayed that the homeowners agreed to voluntarily restrict shooting and tannerite use to the hours between 10 am – 7 pm every day.

At the Board of County Commissioners (BOCC) meeting last week, Commissioner Linke discussed the meeting and suggested the BOCC write a thank you letter to the property owners, acknowledging their personal property rights and in appreciation of their voluntary commitment.