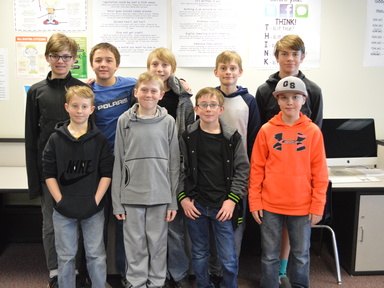 The FIRST Tech Robotics Teams have only been in place for a few years. Coach Quinn told the Winter Park Times, “After a few years of running a Lego Robotics after-school program at EGMS, we were looking to challenge these students with a mission/goal that would incorporate the engineering process and challenge students to think outside the box. We were approached by Lori Birch, West Grand STEM Teacher, about FIRST Tech and decided to take on the challenge”.

FIRST Tech is designed for 7th -12th grade students, with the majority of competitors/alliance members being high school teams. “We complete in an alliance format, where you work with your alliance to score the most points possible during a 2 minute 30 second challenge. Teams program a 30 second autonomous portion to earn points and then a 2 minute driver controlled portion to earn more points during the match. The focus is on gracious professionalism where teams and their members are always willing to help their peers from other teams be the best they can be”, explained Quinn. “Our teams have been meeting since the beginning of September, starting with one day a week and working our way quickly to 4 days a week as the competition season approached.”

The teams had recently returned from competing in two regional competitions. At the Western State Qualifier in Glenwood Springs on January 19th, 16 teams competed and the Metal Minds ranked 10th, and the Gadgetrons ranked 8th. At the Central Colorado Qualifier at Mountain Range High School in Westminster on February 2nd, 32 teams competed and the Metal Minds were ranked 18th while the Gadgetrons ranked 15th.

Parent Eliza Vecchiarelli said, “The cooperation among the teams was terrific. They helped each other out when things misfired or didn’t work. They wanted to win to win, not because someone else’s stuff broke”. 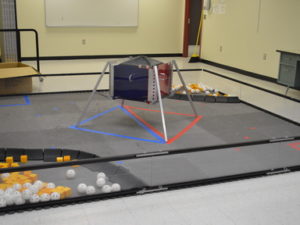 As part of this year’s program, the students reached out to the community for financial support. Quinn said, “The competition field and parts totaled approximately $1,500. This included the field and this year’s ‘Rover Ruckus’ challenge pieces”. While the Rover Ruckus pieces are only for this competition season, the field can be used every year. “We will fundraise again next year for next year’s competition pieces, which cost around $450.”

While the teams were disappointed in not moving on to the state competition, it is obvious the talented students will be going places in the future. “We are very proud of them and love when they receive recognition for their hard work”, said Coach Quinn.