Deck the Halls With LEDs 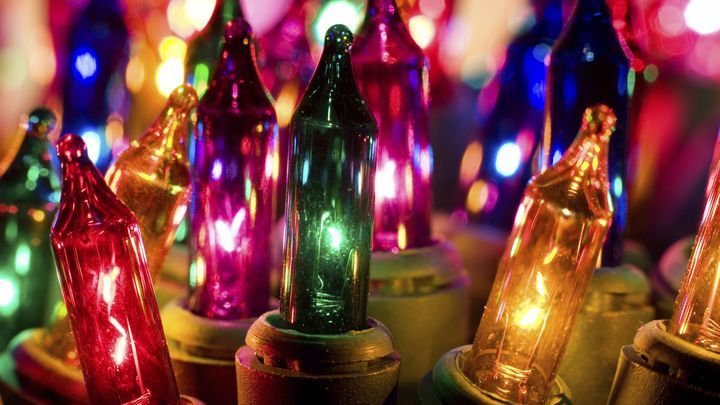 Energy-efficient and cool to the touch, a good choice for the holidays.

I must admit it maybe a little early for the Christmas Holiday isles to come to life at the Grocery store but it won’t be long (i saw the palettes of joy moving in the other day, just sayin’)

We has a crazy idea to roll out a fun holiday lighting contest and wrangled a couple of partners that want Grand County to shine bright this season.

Ok. Did you say “Bah.humbug” as your inner Scrouge surfaced or did that joyous little kid inside perk up a little?  Either case hear me out …or if it makes you feel better wad up this page and throw it in the garbage and raise your fist in the air.

As much as things have changed in the lightbulb aisle, you can still buy strings of Christmas lights made with incandescent bulbs. But they’re being phased out to make room for more LED holiday lights, according to the American Lighting Association. LEDs do have their bright spots so we wanted to impart some pearls of wisdom that we found in our lunchtime research ritual.

Consumer Reports hasn’t tested Christmas lights lately, but with a little data research on recent tests of LEDs and CFLs we found that Energy Star-qualified bulbs meet high standards for brightness, energy use, and more. Holiday light strings carrying the Energy Star offer these advantages over strands of incandescent lights:

Energy Star doesn’t break down how much money you’ll save, but Terry McGowan, director of engineering for the American Lighting Association, calculates that a string of 50 mini-LED holiday lights saves just 46 cents in electricity, compared to a string of mini-incandescents, when used seven hours a day for the month of December. You’ll save energy by using LEDs, but the payback time could take many years—it depends on how much you pay for the lights and electricity. Keep in mind that bigger bulbs, such as C9 or C7, use more energy than the minis do. “Changing from the traditional C7 bulbs to the mini type reduces operating costs by over 90 percent, but the LED bulbs increase the reduction to 98 percent,” says McGowan. For the geek in all of us, check out “How Holiday Lights Work,” from the Department of Energy.

When you’re shopping, take the time to look at displays of lit holiday lights, or ask to see them illuminated to be sure you get the light color you want. And before you shop, search for utility rebates. Check the wide selection of LEDs and other Christmas knick knacks at Ace Country Hardware in Granby.

Oh yea…Did I mention that we want to hold a lighting contest?

Complete event details will roll out by November 17 and the contest will run through December 15th.

Homeowners and business owners can submit their entries via a Facebook contest page by uploading photos or video clips with an option to include their address or not.  People can go onto the page and “like” the decorating that they feel is the best.  The home and business with the most “likes” wins.  Simple Right?

If you are like Clark Griswolds in Christmas Vacation there should be nothing to it. You just need to get a few good pics and hit your friends up for some votes.  Good Luck with that.

Prize for the winning residence will be a $300 gift certificate for Country Ace Hardware and prize for winning business will be two quarter page ads in the Winter Park Times.

The Annual Bragging Rights to Lights is sponsored by Mountain Parks Electric, Country Ace Hardware and the Winter Park Times.

LED Holiday Lights: 6 Need-to-Know Tips
Should you chuck all your good old holiday light strings and buy new LED holiday lights?
6 tips to help you decide which is right for you.

1. LED Holiday Lights Save You Money.
LED lights use up to 90% less energy than traditional holiday lights, according to the U.S. government’s Energy Star program.

That results in a $50 energy savings for the average family during the holidays, says a Sierra Club spokesperson.

Put it into perspective: The amount of electricity consumed by one 7-watt incandescent bulb (in a light string) could power 140 LEDs — enough to light two 24-foot strings, says Energy Star.

4. You Can String a BIG Strand of LED Lights.
Safety wise, you shouldn’t connect more than three traditional light strings, but you can connect at least 10 with LEDs and up to 87 in some cases, totaling a whopping 1,500 feet, Choi says. So blow your neighbor’s display away by cocooning your house in lights:
You won’t have to buy as many extension cords.
You can take your holiday lighting display further away from the outlet.

5. LED Lights Reduce the Risk of Fire.
They stay cooler than incandescent bulbs, according to Energy Star.

6. How About That Hue?
Some people stick with their old lights because they don’t like the brighter hue that white LED holiday lights emit. But Choi says manufacturers now offer a “warm white” bulb that more closely mimics the glow of an incandescent light. Be sure to read the label to choose a bright or warm white and to ensure what you’re purchasing is Energy Star-certified.

Colored and color-changing LED holiday lights are more vibrant than conventional lights, making your display easier to see from the street, Choi says.