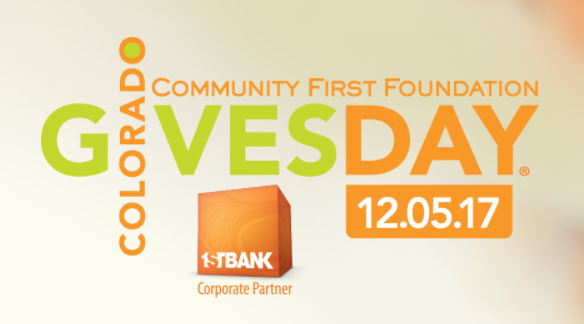 Colorado Gives Day is just around the corner and set for December 5th this year and organizers are hopeful that this year will set the bar for years to come., Last year the philanthropic day raised over $33.8 million for 2,111 nonprofits, surpassing the 2015 mark of $28.5 million and exceeded organizers’ expectations.

Community First Foundation and FirstBank have been teaming up since 2010 to run Colorado Gives Day. The annual event has raised more than $145 million for local nonprofits across the state since its’ inception.

Last year in 24 hours, 145,763 donations were made with amounts ranging from $10 to $1.48 million, the largest donation on record went to The Schlessman Family YMCA while Planned Parenthood of the Rocky Mountains received the greatest number of donations, topping more than 3,000.