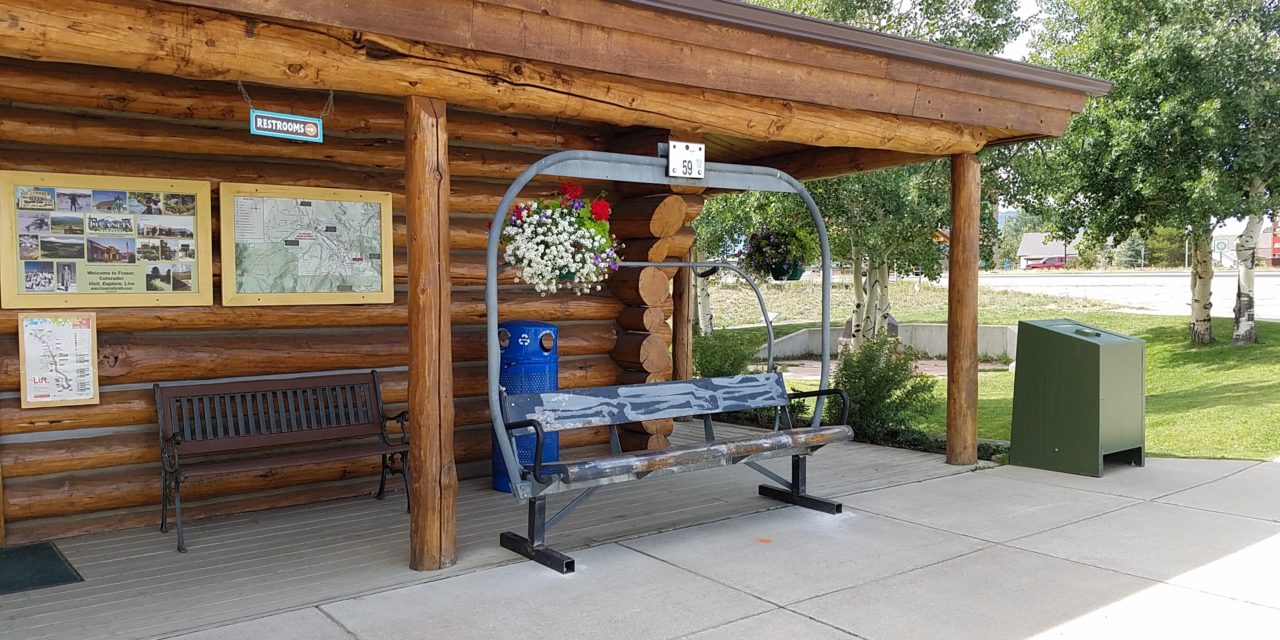 Fraser’s Public Arts Committee and Winter Park Town Clerk, Danielle Jardee, spent the duration of  the August 31 meeting going through 35 applications they had received from artists interested in participating in the Zephyr Chairlift Beautification Program. Having been launched just weeks before, and with a very short deadline for submission, it was nothing short of an amazing response to this project.

The Town of Fraser has nineteen chairs fabricated (the 20th has already been created by artist Mpek 36 during the Fraser MTB Festival in July). They have begun placing the chairs around the town of Fraser and, while some of the chairs are located at bus stops, some are also being set in “other places of interest or in front of a business, where a bench makes sense”  according to Fraser Business Development Specialist, Allie Heon. The town takes its lead from the Chicago CowParade exhibit, which features ‘cow art’ placement in various locations throughout the city, drawing the public to visit other areas, outside their normally planned routes.

The Town of Winter Park has ten chairs for use in the project and has begun fabrication of the chairs in coordinaton with Fraser’s Public Works department, ensuring a cohesive appearance between the two towns. The town is also in the process of determining where to best place the chairs. A few weeks ago, the town discovered that three of the chairs they had received from Winter Park Resort were missing, leaving them with seventeen. The remaining seven chairs have been set aside to be utilized for other projects. One has already been set at the new bus stop in Old Town, and, another will be utilized at this weekend’s Oktoberfest at Winter Park Resort, when a Denver artist will paint the chair over the course of the day’s event. 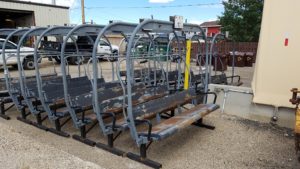 As the group went through the applications, they found that some were clearly representative of one town or the other, which made the selection a little easier. However, the “both” pile grew as they went through the submissions, before finally parceling them out. The group also discussed locations, which factored into the selection process. Water-related pieces made sense for placement by the Fraser River and certain designs and images worked best with existing landscape features and views.

Twenty nine artists were selected to participate in the project – nineteen in Fraser and ten in Winter Park. The artists will receive a $250 stipend for materials and will create their chairlift art on the site where the chair is set. Once completed, the town Public Works department will apply a coat of UV/graffiti-resistant coating.

“We’ve got a very narrow window to get these done this year”, said PAC member Eric Vandernail, encouraging all to move quickly with decisions and details to allow artists more time. Any chairs not completed this year will be allowed to carryover in to the spring of 2019. 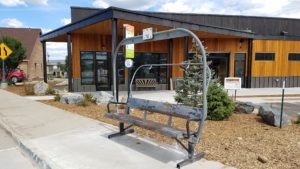 One thing is for sure, the towns of Fraser and Winter Park are about to become a little more colorful as the retired chairs are brought back to life.