Celebrating 50 years of service to the community 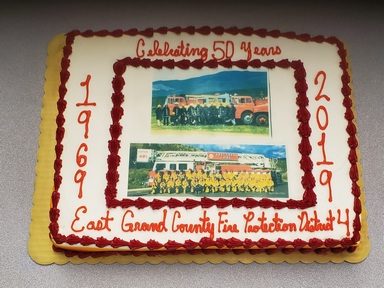 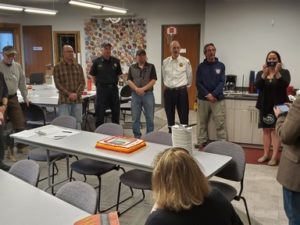 County Commissioner and Chairman, Richard Cimino, read a resolution commemorating the occasion, and Fire Chief Todd Holzwarth read proclamations from the towns of Fraser and Winter Park marking their 50th year of service.

Chief Holzwarth recalled the early days, when he first started shortly after arriving in the valley, back in 1974. “It’s been a wild ride.”

Between all the members of the Fire District in attendance, we counted over 177 years of fire protection service and another 60 years’ experience of first responders (EMS, Ski Patrol, etc.).

Chief Holzwarth said the next year is pivotal for their operations as they continue to prepare to meet the needs of the growing community.

The District also has plans to throw a community celebration in August. To learn more about our firefighters and the District, visit: eastgrandfire.com.