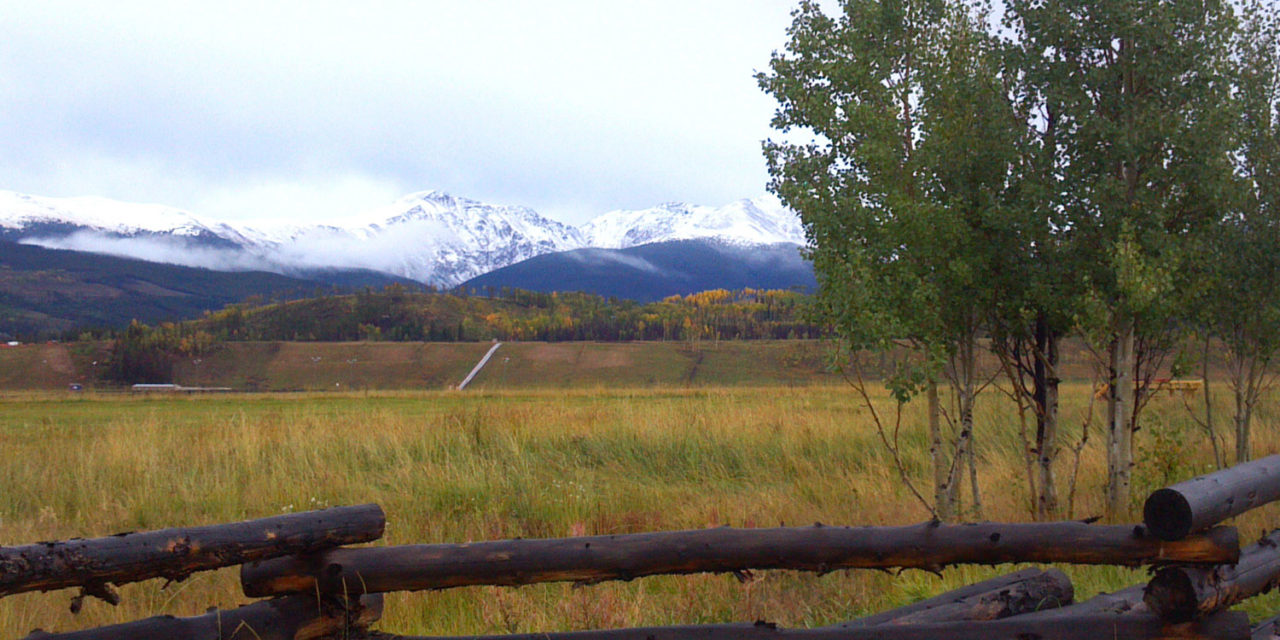 The town of Fraser and Byers Peak Properties have reached an agreement regarding water and wastewater provisions for development of Byers Peak Ranch. Photos by Marissa Lorenz

A few highlights from developments around Grand County:

Fraser, Byers Peak Reach Agreement
The question of the historic Byers Peak Ranch property in the future of the Fraser Valley has been a decades-long discussion that has seen ownerships, visions, and efforts change without a definitive resolution.

The property has been proposed for development and passionately defended by those who wished to preserve its agricultural heritage. It has been annexed by the Town and had that annexation overturned by the voters. Most recently, it ended up in District Court, arguing about whether the now-slated unincorporated development could be serviced by its own water system and wastewater treatment plant.

A resolution signed in May by the Fraser Town Board may finally bring together those many possible futures into a single definitive path. On May 17, the Board agreed that, while not ideal, it would be preferable for the Town to provide the necessary water and wastewater treatment services for the out-of-town property than for new water and sewer systems to be built.

“The agreement,” staff briefed the Board, “provides us with an opportunity to avoid competing systems, environmental concerns, and to improve the financial position of our water and sewer enterprise funds.”

Staff and water engineers conducted a cost-benefit analysis on the servicing of both Byers Peak Ranch and other future development in North Fraser, an area defined as “everything in Fraser, excluding Rendezvous and Grand Park.” Modeling an increase of population density of over 60 percent, it was determined that service could be provided without utilizing the entirety of the Town’s water rights. The costs of such a build-out are estimated at $2 million for water and between $3 and $7 million for wastewater treatment.

Distribution costs would be additional and would be borne by the developer. Plant Investment Fee revenues are approximated at $8 million for each system and service fees are anticipated to double under such a build-out.

Water and sewer plant investment fees will be pre-paid by the developer and property owners, and service fees will have a 10 percent surcharge over in-town fees. While fire hydrants and public drinking fountains will be serviced, non-potable irrigation systems will not be permitted the use of Fraser water.

Both the Town and developer view the agreement in a positive light.

Clark Lipscomb of Byers Peak Properties says, “It is a stellar deal for the town, adding additional users to an underutilized system and putting water system funding on firm ground. It will allow the construction of varied housing development to move forward, which will further benefit the
economy of the town and county.”

“The system was designed for surplus capacity and to meet future growth,” he explains. “Adding more customers to share the system costs is good for existing rate-payers. This agreement works well for existing Fraser rate-payers and future home owners.”

He expressed satisfaction with an agreement that was “simple and straightforward” and stressed the environmental win in avoiding multiple wells and septic systems above the Town’s water supply.

Health & Safety Grants Approved
The Grand County Board of County Commissioners recently signed two grant contracts, working to ensure the health and safety of Grand County and the region.

The County Veteran’s Office was granted a $20,500 Veteran’s Assistance Grant from the Colorado State Board of Military Veterans Affairs. The money is earmarked for providing emergency intervention services to resident vets and the often indigent veterans who come to the area seeking peace and solitude, especially during the summer months.

In previous years, the grant moneys have been used for housing and utility assistance, day-to-day activities, and for travel assistance for those wishing to continue on by Amtrak or Greyhound. It has funded burial or cremation for those solitary veterans who may pass away in Grand County and have no family to claim them. It has also paid for important immediate and ongoing mental health intervention from local providers, rather than individuals having to be transferred to the Denver VA hospital for services.

Being able to receive local anonymous support, according to Grand County Veteran’s Officer Duane Dailey, “can provide more immediate and more personal care, increasing the comfort level of those wanting to reach out and receive mental health counselling. The grant allows us to reach back to vets and families, assisting in times of need and where law enforcement and VA facilities could otherwise be overwhelmed.”

A second grant of $193,455.10 was awarded the Sheriff’s Office from Colorado Peace Officers Standards of Training, or POST, the entity that manages the certification and training of all Colorado law enforcement officers. The grant, administered in recent years by Grand County, benefits the entire Northwest Region, comprised of 11 law enforcement agencies in Grand, Routt, and Moffat Counties. It is used to fund training, scholarships for training, and equipment costs.

Regionally, the POST grant has allowed training for officers in such specialized skills as hostage negotiation, crime scene investigation, tactical tracking, SWAT, and CIT, Crisis Intervention Team skills to be used where there are mental health concerns. It has purchased a shooting simulator for the county and the two RZR off-road vehicles that we may see in parade, but which are utilized for fires, search and rescue, and other emergency responses.

“The POST grant really bands the region together,” says Lieutenant Dan Mayer of the GC Sheriff’s Office. “It is invaluable, especially in these rural areas. It covers the costs of expensive trainings and equipment that wouldn’t be cost effective for smaller agencies to host or attend.” 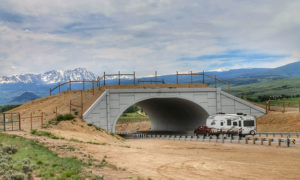 Hwy 9 Project in Final Phase
Crews from Kirkland Construction have returned to Grand County for the third and final phase of work on the SH9 Wildlife and Safety Improvement project to improve a section of highway south of Kremmling that has long been recognized as dangerous for both motorists and wildlife.

The narrow 11-mile stretch of road between Green Mountain Reservoir and Kremmling sits between a wildlife winter concentration range and their primary water source, the Blue River.

It sees an average of around 3,500 cars a day, passing in and through Grand County, and was the site of 133 reported vehicle accidents between 2007 and 2011, a majority of which involved wildlife. CO Parks and Wildlife counted 287 wildlife fatalities along the same stretch between 2006 and 2010. Previous efforts to increase safety, including reduced winter and nighttime speed limits, did not provide the desired improvements. And so, 2015 saw the beginning of a a $40 million, multi-year project funded by an unusual private-public partnership between the Colorado Department of Transportation, Grand County government, and the adjacent Blue Valley Ranch.

Work completed during the first two seasons of construction included the installation of five wildlife underpasses, two innovative wildlife bridges, and fencing designed to guide wildlife to safe crossing points. Road re-alignment and 8-foot shoulders were completed to better meet the safety requirements of a 65-mph zone. Culverts were replaced and repaired to improve drainage and road-surface conditions.

Michelle Cowardin of Colorado Parks and Wildlife reports a marked decrease in wildlife-related collisions over the 5-year average prior to construction. A 90 percent reduction was observed over the winter following phase one on the northernmost six miles of the project. The most recent winter, following completion of safety implementations, saw an 87 percent reduction, possibly impacted by an unknown hole in the fence near the southern overpass.

“We hope that the numbers will hold constant, if not improve in the future,” says Cowardin.

In this final phase of the project, crews are completing landscaping agreements, seeding the banks and ensuring repairs of the fencing and guardrails. Unlike previous years, there are no anticipated traffic obstruction or delays and work should be completed within a few weeks, ensuring greater transportation ease and safety for Grand County residents and visitors alike.