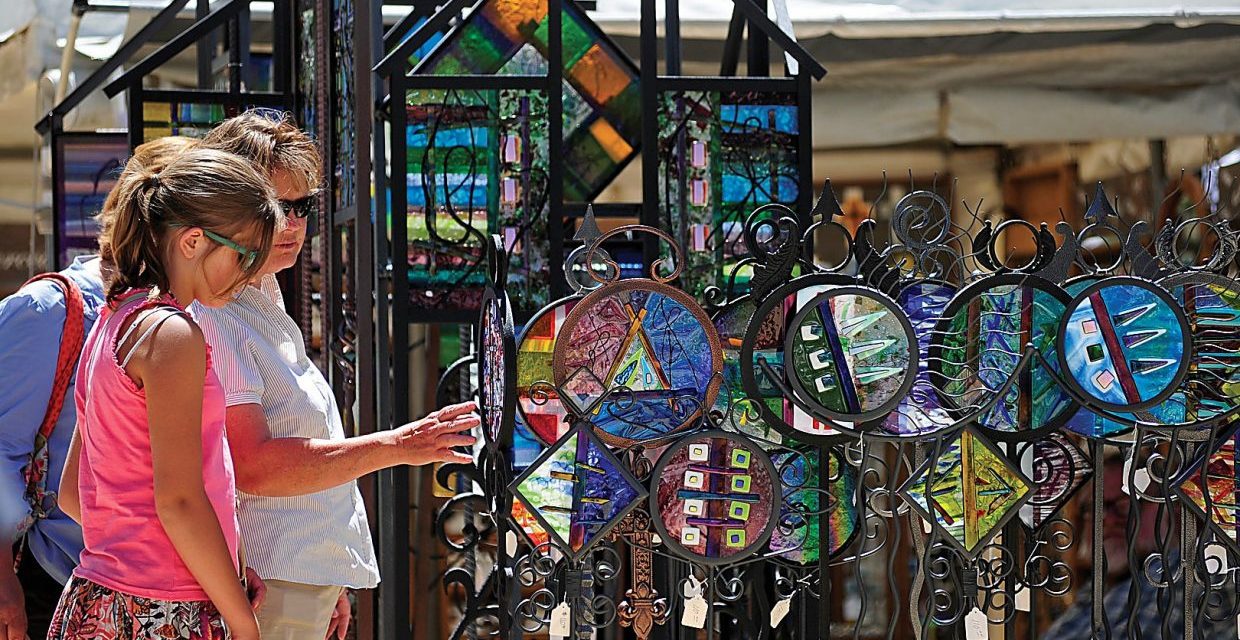 With the help of her own savvy and funds from the Winter Park Alpine ArtAffair, all the world’s become a stage for Amelia Matteson.

Matteson is one of several young local artists chosen to receive a scholarship from the ArtAffair, and recently became part of the graduating Class of 2018 at Columbia College in Chicago, Ill. She received funds to study at the school, where she earned a Bachelor of Arts degree in musical theatre in just three years.

“What inspires me about theatre is the way that it communicates to all sorts of people, and brings them together,” she said. “Besides the fact that it is extremely fun.”

Matteson grew up in “old town Fraser” and has been working with Rocky Mountain Repertory Theatre in Grand Lake since she was seven in the youth theatre programs (and as a guest artist). This will be her fourth year teaching at the camp. She and Will Colley, another MPHS and RMRT youth theatre alum, work as administrators / assistant directors for the Teen Theatre Academy. (This year’s show is noon Aug. 4, noon and 4 pm Aug. 5.)

After graduation from Middle Park High School in 2015, she toured Columbia, and said the diverse school “just felt right.” One of the main draws was the school’s unique stage combat program, which teaches techniques to safely perform choreography in “fight” disciplines and weapon styles. Columbia is the only school in the country that offers a full stage combat program. 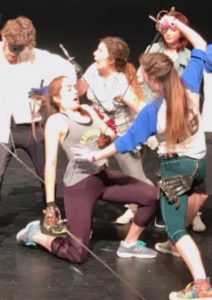 Matteson earned Society of American Fight Directors certifications in six weapons (unarmed, rapier + dagger, broadsword, quarterstaff, and Hollywood single sword) and was a teaching assistant for David Woolley, head of the department. This next fall Matteson will continue to hone her acting skills back in Chicago, where she’ll join a group called Clown Car to Sicily, which writes and performs musical sketch comedy.

The ArtAffair has gifted approximately $25,000 in the last decade to around a dozen local students pursuing the arts. Other scholarship winners include Theo Loo, who returns to Montana State University; Cole Wetterston, who is making plans for Colorado Film School; Linneya Gardner, who is studying journalism and photography at Denver University; and Ashley Trotter, who studies creative writing at Boston College.

This year’s event, the 45th annual, returns to its new location at the Rendezvous Event Center at Hideaway Park, 9 am – 5 pm Saturday and 9 am – 4 pm Sunday, July 14 and 15. Admission to the outdoor, family-friendly event is free.

ArtAffair veteran (and one of the area’s most famous painters) Karen Vance provided the work for this year’s commemorative poster. The original, a studio oil “High Country Autumn” about 26”x36”, was specifically painted to be one of 12 works by Colorado artists which make up a new permanent collection to grace the state’s governor’s mansion.  Vance said she’ll also have giclees of it for purchase at her booth this year.

Proceeds from the autographed commemorative posters ($25), booth and application fees, are the funds that go toward the scholarships available to area students / artists from the West and East Grand County school systems, and for art supplies for the local schools and library district.

Previous posters, including ones designed by local artists Elizabeth Kurtak, Cathy Rapp, and Laura Veenstra, are also available for purchase. Rapp also provided photo “A Table by the Window,” which features many reflections the eye can capture, for this year’s promotional materials.

The fine art and crafts fair is juried for balance and quality, and showcases approximately 70 artists in the areas of painting, photography, ceramics, jewelry, metalwork, woodwork, sculpture (including glass), mixed media, and fiber. The event attracts artists from around the state, and around the nation — some coming from as far away as New York.

Returning veterans of the creative showcase include photographer Roger Doak (15+ years) and Rocky Stiers of Stiers Jewelry Designs (25+ years). Day is also excited to have a dozen new artists this year, but on a sad note, one less; potter John Burnett (20+-year veteran) of Burnett’s Pottery passed away in December, 2017. “He will be greatly missed, as I know he had a local following of patrons,” said Cheryl Day, board president and event coordinator since 2008.

This is the third year for the Alpine Art Affair’s new schedule and location at the Rendezvous Event Center at Hideaway Park. With its own weekend (instead of during JazzFest), the Alpine Art Affair is one of the main events next weekend in the Fraser Valley. The board has been excited about these changes and the public has been very receptive to them.

The music of Weston Smith (Saturday), and Red Dirt Hill (Sunday), is set to intermingle with the creative vibes along the grassy walkways through the park starting at 2 pm each day. Meanwhile, children’s face painting and community and charitable booths are also planned (including ones from Grand County Wilderness and Grand County Advocates). The popular HawkQuest volunteers also return to present educational and fun demonstrations highlighting birds of prey.

The Lions Club is set to flip flapjacks for breakfast 7:30-11 am both mornings, with other food vendors to include Smokin’ Moe’s, Rocky Mountain Lemonshakes and White Water Kettle Corn.