A Grand County family has found a new home 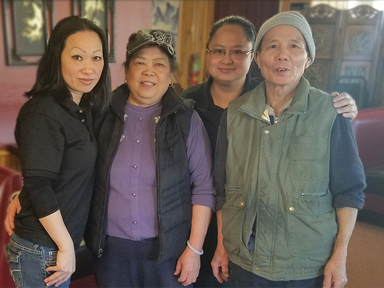 The pearl is associated with spiritual energy, wisdom, prosperity, power, immortality, thunder, or the moon. Chinese art often depicts a pair of dragons chasing or fighting over the flaming pearl. … This description accords with the artistic depictions of the dragon down to the present day.

In Granby, Colorado, it means great chinese food, but it also lends to an interesting story and history for the Long family.

Lin and Soi Long, familiar faces in the dining room at Granby’s only chinese restaurant, 4 brothers and their mom, Kin, and dad, Tho, moved here to escape the inner city of Los Angeles County, California. In 2002, the cost of living, high crime rate and the fast pace life in California became too much for their parents.

Working as a chef for much of his life, Tho Long decided it was time to pick up roots and move out of the City of Angels to Colorful Colorado. It seemed to be a good choice to start a family business doing what Mr. Long loved most, to cook. He wanted to provide a business the entire family could participate in.

Longmont was their initial landing zone, but that community didn’t have the small town appeal they were looking for and, in 2004, they decided to make Grand County their home and open the restaurant.

“The family recipes are in my Dad’s head”, said Lin Long. “If I knew all the recipes, he would have me in the kitchen cooking.”  Lin explained that the restaurant business was not her calling. It became a family venture that taught them much about community and culture. Lin said, “I went to school for business management”, and, she really wanted to work in an environment that allowed her to thrive in a professional business atmosphere. She explained, “This was not my first choice”.

On September 27th, 2004, Pearl Dragon was born. The restaurant’s name comes from the family’s last name. In chinese, Long translates to Dragon. Lin said,”We searched for names for quite awhile. We knew we wanted our name on the business, but everything with a “Dragon in it was taken”. The restaurant was instantly a hit in the community and, in 2007, the family oened a second location in Fraser/Winter Park, Pearl Dragon II.

Soi Long, one of two girls, had remained in California until 2007, when she got a call from her mom who said, “Quit your job and come home”. Soi explained that, in their family, like many chinese families, home is where the family unit is located, not where you grew up. California is all she had known but said “OK” and left the California lifestyle to move to the mountains of Colorado.

Soi had a timid, shy personality when she came to Colorado and was thrust into the fast pace family business. “I think it has been good for me, I didn’t know much about the restaurant business, but it is a great place to learn communication and people skills”.

When the economy tanked in 2009, times were tough on the Long family and by 2012 they realized they needed to close the second location in Fraser and focus on Granby. Tai Long, Lin and Soi’s older sibling had spent time in the kitchen and always dreamed of running his own business, opened Mountain Dragon in Kremmling, but has since married and sold his business.

Lin explains, “Chinese cooking is a labor of love. Our family hand cuts everything. We spend a great deal of time preparing all the meats and vegetables.”  Everything is made fresh daily. Even the soups and handmade egg rolls are created fresh daily. “It is a lot of work and we always need help.”

The girls wanted me to know that many people think Chinese restaurants are run solely by the family. Lin said, “We do it because we want our family to succeed, but we are always looking for trustworthy, dependable help no matter what their ethnicity”.

The Long family has been in search of a new home for their restaurant for a couple of years and wanted to clear up the rumors on the street. “We looked at the old Los Amigos building, but it needed some work to bring it up to code that made it tough to justify. Instead, we closed on a property in downtown Granby at 52 4th Street (the old Remington’s restaurant, or, if you’re old enough to remember, “Berties”)”. They closed on the building January 25th and just got the keys.

“We are really excited to make the new place our own.” Soi showed me a hand sketch of the new kitchen, saying, “Chinese kitchens are custom. The cook stove is completely designed for the space.”  It takes a few months just to build the stove. “We are hoping to open in the new location by mid-June this summer, 4th of July at the latest.”

The Long sisters wanted to thank the community for their support and understanding. “Grand County has been inviting and friendly and a great place to live, work and play” said Lin and Soi. “We look forward to our new venture in the business we have come to love.”

Pearl Dragon will close its current location March 17th, so get your order in early.  It will be a few months before their new location opens for business.